Using what Amazon calls “just walk out” technology, Chicago diners can now enter and leave the convenience store-grocery store-QSR hybrid without taking out their wallets. Heck, they barely even need their phones out to be an Amazon Go customer. The concept, which first opened to the public in its home market of Seattle back in January, uses sensors to detect when a customer takes products from or returns them to its shelves. It’s all tallied up in a virtual cart, with the receipt for what’s taken out the door sent via app after the customer exits. 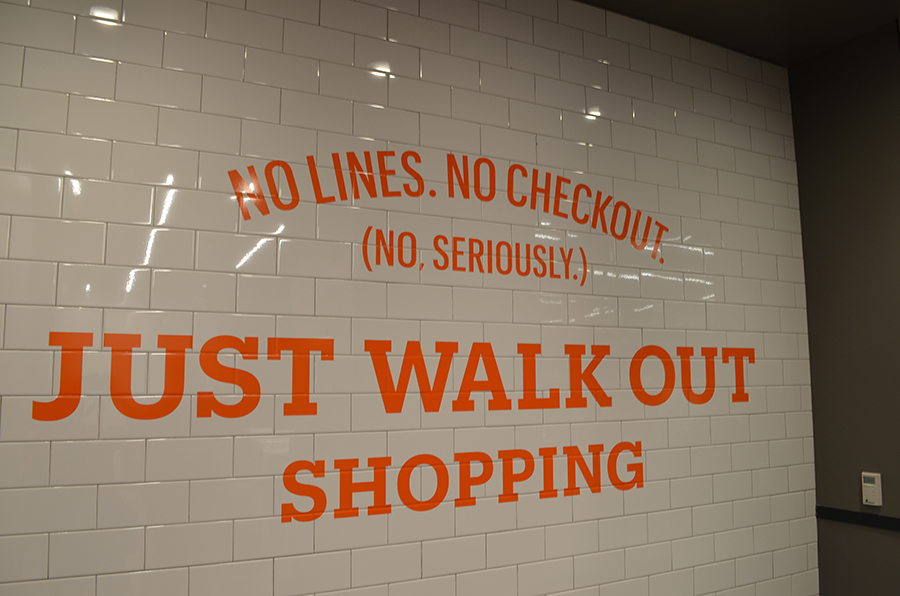 Admittedly, it sounds pretty crazy and a little futuristic. I was a bit skeptical that Amazon had actually cracked the frictionless code. So when I got the chance to tag along with some members of our sister publication, CSP, to the new Chicago unit, I jumped at the opportunity.

After one visit, I’m a convert. I get it—and I think other QSRs and fast casuals near Amazon Go locations should worry a bit about their breakfast and lunch traffic.

I’d read and written enough about Amazon Go to know big-picture how it works: Customers enter and are tracked via smartphone. The reality is that it is really that simple—and fast.

What I didn’t realize before entering was that users need an Amazon Go app (I thought the Amazon app was enough). Once logging into an Amazon account in the app, the home screen generates a personal QR code. It’s that code that’s swiped to enter, with glass gates opening to let Amazon customers in. From there, customers can put their phones away (that is, if they’re not taking pics for social media).

The shelves inside are stocked with beverages; retail-style snacks; fresh grab-and-go breakfasts, soups, salads and sandwiches; sweets; yogurt and ice cream; and even meal kits for two. Food is not prepared on-site, but it is freshly made and constantly restocked to keep up with the in-store demand.

The food is a mix of well-known national brands, Amazon-brand products and a range of packaged foodstuff made by local vendors, from salads and sandwiches to wrapped baked goods. I asked staffers about their favorite lunch selections, and when two cited the same go-to Amazon-brand salad, I had to try. Plus, the price point ($7.49) was comparable to—even a bit less than—what I typically pay at fast casuals for lunch.

I grabbed my salad and a drink and simply followed the “exit” signs. It was that easy—I walked right out. A few minutes later, the receipt popped up in my Amazon Go app.

Right outside the exit gate, there’s an area for customers to prep their food, if needed. There’s counter space, a few condiments and microwaves for grab-and-go dishes that need a quick zap.

Now that I’ve got the lay of the land, I think I could be in and out in less than two minutes—and I’ll know: The app tells customers how long their last visit lasted. As we know and continue to say, consumers are looking for convenience, and it doesn’t get simpler than this (as long as you have the app and an Amazon account).

But Amazon Go doesn’t sacrifice the “experience.” Throughout the entire process, one thing stood out: the camouflage of the technology. I simply felt like I was shopping. High-tech gizmos and gadgets weren’t evident at all. And that is deliberate, a member of the Amazon team told me. Almost the entire ceiling is lined with black boxes—those are the sensors. If customers look up, they’ll see them, but they are subtle enough to not be distracting.

My reaction: It’s going to be a hit in busy urban markets, specifically in business-dense areas. Amazon is banking on that: It plans to open up 50 of these stores in major metro areas next year, with as many as 3,000 units by 2021, as reported by Bloomberg. But it’s a model that works in these areas. The crowds are about more than just the hype. For busy consumers looking for food at work, it’s worth the phone space to download the app. It’s a quick, easy solution for a quality meal in a few-minute span.