As Shake Shack has grown from its humble beginnings into a family of 15 stores in three countries, so has its social media fan base. To support their avid and active customers, they redesigned and relaunched their website. 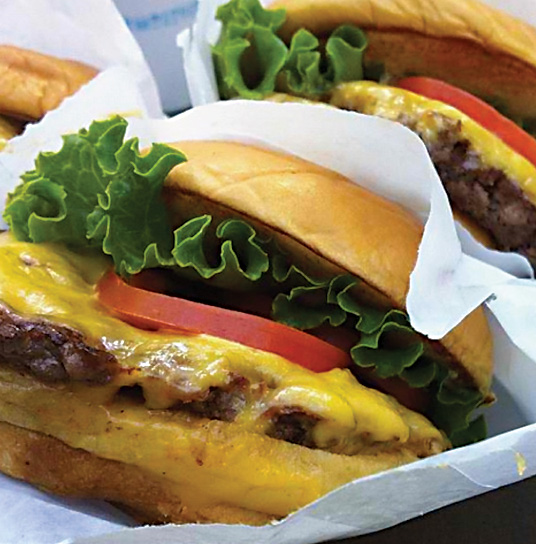 The company loaded the fan page header with guest-submitted photos. “We plan to switch them out at least twice a year,” says Edwin Bragg, director of marketing and communications for Shake Shack.

The new site scrolls between sections instead of loading separate pages, making it very efficient and mobile-device friendly. Large, centrally placed icons also make it easy to jump to any of the Shake Shack social media sites with the tap of a finger.

Fans can see photos posted by other fans on the Shake Shack Instagram feed. Mousing over a photo will reveal the fan who submitted the photo, as well as how many likes and comments it has acquired.

The company launched its Instagram account in March 2012, posting fun, creative photos of themselves and reposting engaging photos from fans. By the end of 2012, there were 8,500 followers. They now have nearly 10,000 followers.

Shake Shack focused on making their Twitter presence more engaging and more fun, while using it to listen proactively to guest raves, comments and complaints. They posted more photos and used Twitter to cross promote back to shakeshack.com, Facebook and their blog. Twitter @shakeshack traffic has climbed fast from 1,200 to 8,957 followers in 2012. They now have nearly 10,000 followers.

“It’s all about the community, the neighborhoods and the connections online as well as offline,” says Bragg. “Your social media self is an extension of yourself. Making sure we stay true to that, we integrated Foursquare into each location’s webpage. We’re the most checked-in restaurant in New York City. It’s a fun way to see the activity.”

“We’re known for our lines, so you can see the lines on the Shack Cams. When it’s nice out, it does snake around the park. The line was an inspiration for our social media efforts. It’s where guests connected, talked, hung out and passed the time in the pursuit of food.”