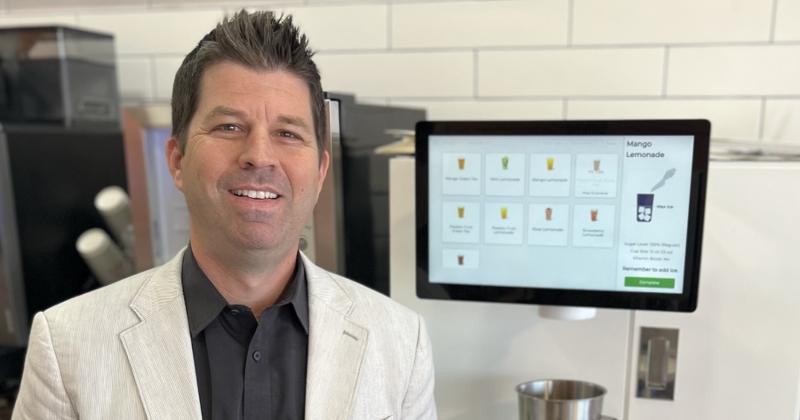 Botrista, the maker of the beverage-blending DrinkBot machine, has closed another funding round, bringing its total funding to $55 million.

DrinkBot can make a variety of nonalcoholic craft beverages at the push of a button. The idea is to help restaurants expand their drink menu without adding labor.

Since launching the DrinkBot in 2021, Botrista has grown recurring revenue by 10-fold, it said in a news release. It now has bots in 26 states across multiple national and international restaurant brands. Last year, Halal Guys said it planned to put DrinkBots in all 91 of its restaurants.

The San Francisco-based company will look to Valentine to help guide it through what CEO Sean Hsu called a “rapid growth phase.”

“After many years as a restaurant executive, I’m excited about joining Botrista on the partner side of the business,” Valentine said in a statement. “By using automation technologies to make a wide variety of craft beverages, Botrista is positioned perfectly to help brands innovate their beverage menu, increase topline sales and bottom line profit.”

The company declined to reveal the amount nor the source of the Series B funding, noting only that it is backed by “multiple well-known VC and strategic investors.” The investment builds upon a $10 million Series A round closed earlier this year.

It comes at a moment of uncertainty for restaurant robots. DoorDash, which owned a robot that could make salads, shut down that business in July, and Chili’s last month said it was pausing a test of server robots.

At the same time, restaurants remain hungry for technology that can help automate operations—including at the barista position.

“Botrista DrinkBot is the right idea at the right time,” said Kim Lopdrup, Botrista board member and former Red Lobster CEO, in a statement. “DrinkBot automates the production of differentiated, high-margin craft beverages so restaurants can grow sales and margins without adding complexity or labor.”