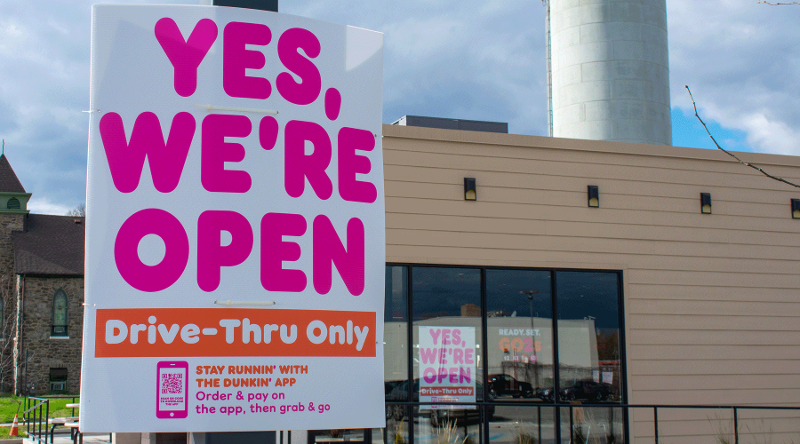 A lot of people started having their breakfast delivered during the pandemic.

Yes, it was part of the overall increase in food delivery that resulted from dining restrictions and consumers stuck at home. But breakfast also gained delivery share from other meals in 2020, indicating a more specific shift in people’s behavior.

Though the a.m. daypart still makes up only a small slice of the overall delivery pie, it more than doubled its share in 2020, to 3.9%, from 1.6% in 2019, according to Restaurant Business sister company Technomic.

The change in people’s work habits as a result of the pandemic was likely the driving factor behind that growth, said Robert Byrne, director of consumer and industry insights for Technomic.

“The disruption of the morning routine, that was the one that was impacted the most severely,” he said, particularly the daily commute.

People who bought a coffee and bagel every day on the way to the office, for instance, no longer had the occasion to do so. Many of them might have replaced those visits with delivery now and then.

“They’re not doing it every morning, but it’s such a treat, and they miss it, and so this replaces that,” he said.

Some restaurants that have experienced the rise see delivery not as a replacement but as a new occasion—a chance for people to have more convenience in the morning. When breakfast and lunch chain First Watch added delivery for the first time, early in the pandemic, it discovered a “foundational demand” for the service, said Matt Eisenacher, the chain’s VP of brand strategy and innovation.

“Off-premise in breakfast was so radically underdeveloped,” he said. “Now people are enjoying the ability to have weekend brunch and weekday breakfast in the comfort of their own homes.”

Other restaurants noticed similar behavior. As of January, Corner Bakery’s top-selling item on Grubhub was pancakes, CMO Donna Josephson told RB, compared to a chicken Pomodoro panini for dine-in guests. She chalked it up to less competition at breakfast, and, she said, “our pancakes are good.”

There’s also the fact that more restaurants are offering delivery now. Coffee giant Dunkin’, for instance, expanded its delivery footprint to 6,500 stores in the third quarter, which contributed to a 2.5X increase in average weekly delivery sales, executives said.

Now, as the pandemic and its restrictions begins to ease, a big question on the industry’s mind is how much delivery will remain. Breakfast, which is particularly dependent on consumers’ routines, could be especially affected, Byrne said. He predicted that as workers return to the office, their delivery visits will revert to in-store ones.

“Nobody should look at this and say, incrementally, we should expect to hang onto this,” Byrne said.

But some breakfast concepts that have seen delivery grow do think some of it will stick. At IHOP, delivery made up about 16% of sales in the fourth quarter, and executives believe it can keep a “significant amount” of that, even as customers return to dining rooms.

“Conducive to this is the high portability of IHOP's menu and our proprietary off-premise packaging, which keeps our food warm approximately 40 minutes after leaving the restaurant,” said IHOP President Jay Johns, according to a transcript from investing site The Motley Fool.

First Watch feels the same. It is based in Florida, where restaurants have been allowed to operate at full capacity since September.

“We’ve seen the off-premise channel be incredibly sticky,” Eisenacher said. “For the most part, we have not seen it roll back, I’ll put it that way.”