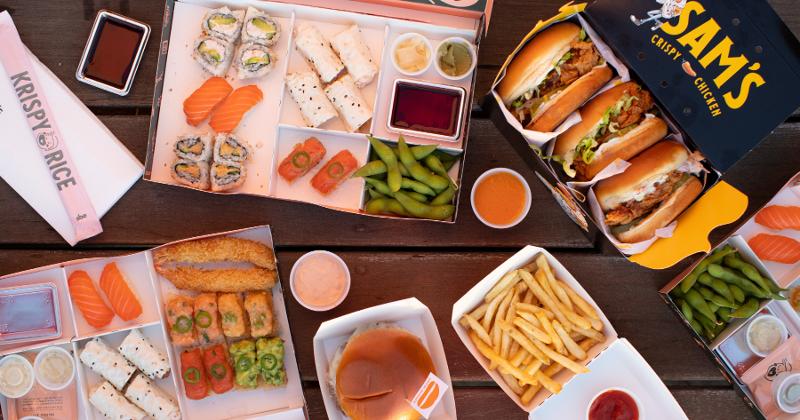 Digital restaurant company C3 plans to expand its footprint with the help of three new investors.

A trio of backers—Abu Dhabi Capital Group, Arden Digital Ventures and Clearlake Capital Group—will help bolster C3’s presence at home and abroad, and in places like hotels, stadiums and other real estate, the company said Tuesday.

C3 (short for Creating Culinary Communities), currently owns 45 limited-service restaurant brands, including Umami Burger, Krispy Rice and Sam’s Crispy Chicken, across a network of brick-and-mortar restaurants, food halls, ghost kitchens, hotels, airports and more. As of June, it had 800 locations in the U.S.

The investment from Abu Dhabi Capital Group will help the company expand its reach overseas, in the United Arab Emirates. C3 already has a presence there via a partnership with ghost kitchen company Kitopi, and Abu Dhabi will support that and other joint ventures in the region, the company said.

C3 will use funding from Arden and Clearlake, meanwhile, to fuel its domestic growth, including into new cities and the suburbs. Arden, which says it provides capital “at the intersection of real estate and tech,” will aim to put C3 locations in commercial real estate and hotels.

Clearlake, through subsidiary Victory Live, will work to get C3 concepts into sports stadiums it operates. It will also lend its expertise as a large investment firm, with more than $72 billion in assets and 300-plus investments under its belt, C3 said. In May, Clearlake teamed up with investor Todd Boehly to buy English soccer club Chelsea.

“As a result of our undoubted success and to keep pace with consumer demand, it’s imperative we continually and tactically expand our presence,” said Sam Nazarian, CEO and founder of C3, in a statement. Through the new investments, “we are able to not only maintain our expansion rate and scale as needed but also exceed expectations and continue to establish C3 as a leader in the food tech industry. ”

It’s the latest round of capital infusions for C3, which has said it has 3,000 to 4,000 new locations in its pipeline for this year. Brookfield Properties led an $80 million investment in the company last July, and in August, TriArtisan Capital Partners, the parent of TGI Fridays and Hooters, took a $10 million stake in the company.

C3 is one of the companies that has benefited from a boom in delivery and takeout during the pandemic. But it has remained committed to operating physical locations as well as digital ones as it grows.

“We’re not just a digital-only burger brand company like some of the competition in our space,” Nazarian told Restaurant Business in April. “We really provide real brands that have a brick-and-mortar presence.”