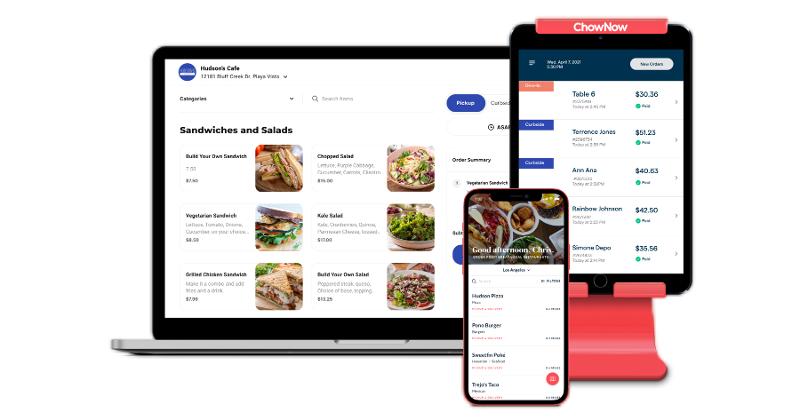 Online ordering provider ChowNow laid off about 20% of its staff this week as it hunkers down for what co-founder and CEO Chris Webb likened to a storm brewing in the financial markets.

The cuts, he said, will allow the company to weather the expected economic downturn without the help of outside funding. As inflation rises to levels not seen since the 1980s, with interest rates poised to follow, ChowNow and other tech companies are bracing for capital markets to slow to a halt.

“We, like everyone else, have benefited from cheap capital for a decade,” he said. “And if we’re gonna go from 0% interest rates to 10% interest rates like the 1980s, all of a sudden capital got a whole lot more expensive.”

After years of fast growth, “now we’re saying, ‘Shoot, let’s make sure we’re not spending too much,’” he said. “It feels like this storm is about to hit.”

The Los Angeles-based company is the latest restaurant tech supplier to cut jobs in recent weeks, joining Nextbite, Sunday, Reef and others. It’s part of a broader downturn in the tech sector as the country emerges from the pandemic and enters a potential recession.

But Webb said it’s different from past economic crises, like the start of the pandemic or the housing market crash, when the impact on businesses was immediate and tangible. Despite the layoffs, he said, ChowNow is doing quite well.

“We had our best sales month all year last month. We had the fewest amount of restaurant clients leave us in June as well,” he said. “It’s not like our business is imploding, and that’s true of most businesses these days.”

He pointed to the fortunes of public restaurant tech companies like Toast and DoorDash, which have been reporting record revenues even as their stocks sink to all-time lows.

Those public stocks were a sort of "canary in the coal mine" for ChowNow. “I think everyone realizes that the cost of capital is going to be much, much higher, and that’s what’s scaring a lot of people,” Webb said.

ChowNow offers an online ordering system for independent restaurants as well as a commission-free marketplace where customers can browse local takeout options. It had about 500 employees before the layoffs.

It is far from the only tech company to scale back in the face of rising inflation and interest rates that have led investors to be more judicious about how they deploy capital.

“The market downturn means that unfortunately, like many other companies, we need to be more mindful of costs as we head into a potential recession,” wrote Alex Canter, CEO and founder of Nextbite, in a LinkedIn post on Tuesday. The virtual brand company laid off an undisclosed number of workers this week after shrinking its staff by about 10% earlier in the year. Its headcount swelled by more than 300 last year behind a $120 million investment led by SoftBank.

Sunday, a company that offers QR-code based payment technology for restaurants, has also reportedly cut jobs and retreated from some markets. It, too, was coming off a year of fast growth fueled by $124 million in venture capital. The company had not responded to a request for comment as of publication time.

Technology layoffs have been accelerating recently as market conditions have worsened. According to an analysis by CrunchBase, at least 143 companies have laid off more than 24,000 people this year, with at least 75 initiating the cuts in June.

Seemingly no company has been immune. Earlier this week, tech titan Microsoft laid off 1% of its staff, citing a restructuring.

Webb said that ChowNow’s decision to reduce its workforce will allow it to survive a “worst-case scenario.”

“Let’s plan for the storm lasting two years,” he said. “If it’s not that bad, we’ll be trying to rehire many of the people that we unfortunately let go this week.”