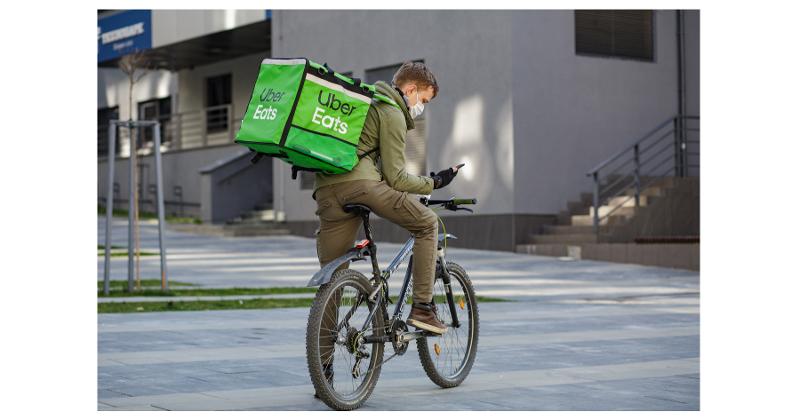 Even though Proposition 22 has resulted in added costs for Uber, the company still believes it is the best employment model for its drivers, and is working to bring similar legislation to other parts of the country.

The measure approved by California voters in November allows gig companies like Uber to continue treating drivers as contractors, with some added benefits such as healthcare subsidies. To pay for those extras, Uber Eats and the newly acquired Postmates have raised fees for consumers in the state, with the parent company absorbing some of the costs as well.

“We have seen some cost,” said CEO Dara Khosrowshahi on the company’s fourth quarter earnings call earlier this week. “We do think it's right. We've passed a fair amount on the consumers, but we've also absorbed some ourselves,” with a larger impact being felt on the business’ delivery side than on its ride-sharing side.

Uber Eats’ additional fees vary by market, from 99 cents in Los Angeles to $2 in San Francisco, for example. Postmates’ range from 50 cents to $2.50. DoorDash has also raised its fees for customers in the state.

“The price increases are manageable when compared to the 100%-plus increases associated with traditional employment that we would have seen us exit most markets in California,” Khosrowshahi said. “And not just us, but our other competitors as well.”

Uber and other gig companies spent more than $200 million to promote the measure, which was approved by 58% of voters. Opponents said Prop 22 denies app-based workers protections and benefits they are entitled to.

“These billion-dollar corporations still refuse to offer their workers what every other employee in California is entitled to: earning the minimum wage for all hours worked, social security, normal reimbursements for their costs, overtime pay, and the right to organize,”  California Assemblywoman Lorena Gonzalez told the Sacramento Bee.

Earlier this month, the California Supreme Court declined to consider a lawsuit filed by a group of drivers and the Service Employees International Union challenging Prop 22. The parties filed a new lawsuit this week.

Uber executives said they weren’t concerned about the lawsuits, and that the company is now working on implementing similar legislation elsewhere.

“We were very clear after Prop 22 that we thought it was a good model, a good base from which to have conversations about how you have an independent contractor plus model, one that allows for benefits in addition to the flexibility and independence that we know earners prefer,” said Tony West, Uber’s chief legal officer, on the earnings call. “So those conversations are ongoing in various venues around the country.”