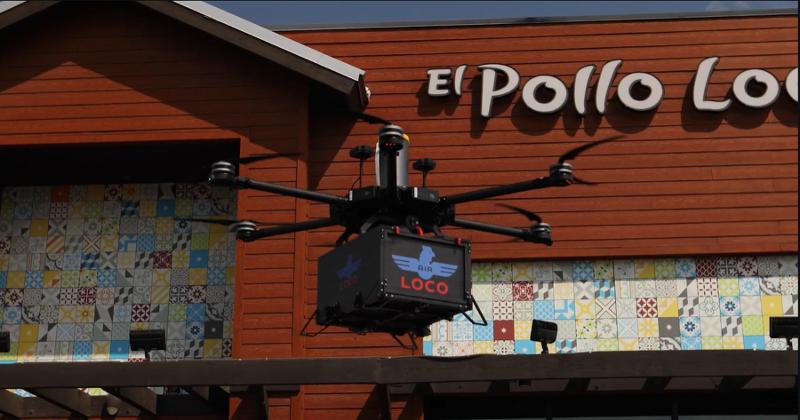 Drone delivery company Flytrex has raised $40 million to help expand its service throughout the U.S.

Restaurants including El Pollo Loco and Brinker International's virtual It's Just Wings brand have been using autonomous Flytrex drones to deliver food in some locations. It also works with retailers including Walmart, and plans to use the funding to recruit more partners.

The Series C round is the company's second fundraise this year and brings its total funding to $60 million. The investment was led by BRM Group.

Tel Aviv-based Flytrex began operating in North Carolina in September 2020 and now has three launch stations there. It has completed thousands of deliveries in the state, and its order volume has increased tenfold since February, the company said.

It was also operating in Southern California through a pilot with El Pollo Loco, dubbed Air Loco.

Flytrex says its drones can deliver food more efficiently than a person in a car. It's especially focused on suburbs, where traditional delivery is less efficient because of the longer distances.

“You have a human being driving a 1-ton car to bring you a hamburger and some fries,” CEO Yariv Bash told Restaurant Business earlier this year. “As you can imagine, that’s pretty expensive.”

El Pollo Loco said it believed drones would reduce the cost of delivery by as much as 30%.

"You go online, you order your wings and it shows up what, 100 feet above your backyard?" Brinker CEO Wyman Roberts said during a call with investors in October. "This drone stuff is very interesting, and it's getting commercialized. And we're at the front end of it, and we'll see."

Drone delivery is still highly regulated by the Federal Aviation Administration (FAA). Flytrex has been collaborating with the agency to help ease some of those limits.