Antony Bello saw the trend at his four-unit build-your-own macaroni and cheese concept, Mac’d, pretty clearly: More and more customers were taking their food with them, or they were ordering delivery.

So Bello turned to another San Francisco concept for help: Eatsa.

“I see the fast-casual space moving into more of a pickup space because retail [space] in high-density areas is very expensive,” Bello said.

Eatsa has turned its attention from expanding its concept to taking its kiosk-based technology to other restaurants. Mac’d is the second company to agree to use Eatsa’s technology, but CEO and co-founder Tim Young said others are coming and called demand “phenomenal.”

“Brands are trying to figure out how to deal with digital orders,” he said. “Lots of brands are thinking about kiosks to augment long lines at the cashier and do that without adding a ton of labor.” 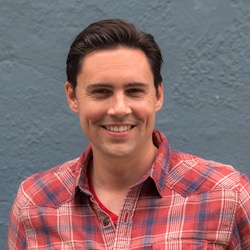 Young promised a steady stream of announcements with other restaurant companies in the coming months, a sure sign that the industry is latching onto new technologies, especially those aimed at a takeout business that is rapidly overtaking all sorts of chains.

Eatsa first opened as a restaurant in San Francisco in 2015, combining new technology (kiosks) with a cubby-based delivery system that harkened back to the automat. It was declared a sign of things to come for an evolving restaurant industry.

The brand quickly expanded, with locations in New York and Washington, D.C., but the restaurants struggled and closed, and last year the company abandoned plans for a national chain and instead became a vendor, taking its technology to other chains.

The shift wasn’t that difficult, Young said. “If you looked around the room, we were largely a technology and product company,” he said. “The majority of the people in the company were focused on building technology. It was a big part of the company’s ethos from the very beginning.

“It wasn’t a massive internal transition that had to happen to focus on licensing technology.”

The company’s first customer was Chicago-based Wow Bao, and Eatsa has spent the past year talking with restaurant operators about bringing its technology to their locations.

The operators often initiated those discussions.

“Honestly, 50% of the conversations, people are reaching out to us,” Young said.

While rising labor costs are a major factor, Young said a growing number of consumers prefer using technology. “People are used to interacting with brands on a digital device,” Young said. “That has become the new norm. Restaurants are figuring out how to enter that world.”

Eatsa's technology is a data-driven platform that integrates everything from digital ordering channels to product pickup. The software integrates kiosks, point-of-sale systems, mobile ordering and delivery and web ordering.

The service can simplify third-party delivery. It is one of a number of companies, such as the mobile ordering company Olo, that promise to end “tablet hell” when restaurants use multiple services.

“And then you add mobile into the mix. They’re pretty worried about how that pickup process is going to look.”

The company also adds pickup, with an updated version of the cubbies that made Eatsa famous in the first place. Order pickup has been one of the major challenges for operators in their bid to serve mobile order and delivery customers without alienating walk-in customers.

Mac’d is using the entire platform, with self-ordering kiosks, digital menu boards, a mobile app and a self-service pickup system with a digital status board. In the back, the company will use Eatsa’s operational tools, including a kitchen display system.

Bello said the restaurant will have two customer flows, one for digital orders and another for walk-ins and dine-in customers. “Customers who want to eat inside should be able to” without navigating past crowds of digital customers, he said. “We want to keep the focus on the customer.”

“I hope we’d be able to provide a personal experience even when customers are ordering takeout,” Bello added. “The shift into more of a digital presence for restaurants presents some tough challenges in terms of interaction.”