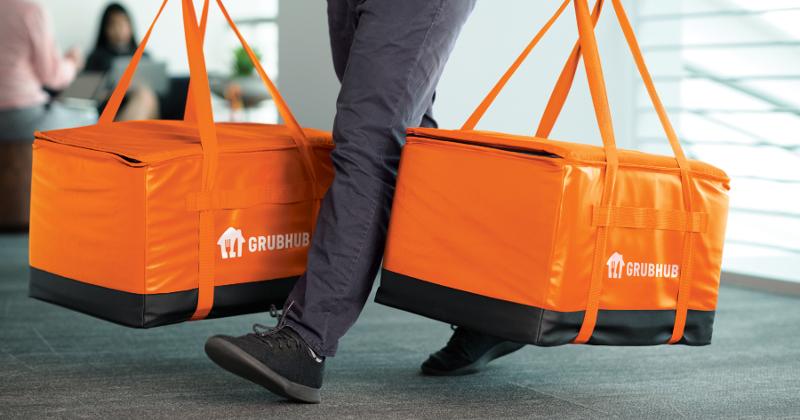 UPDATE: This story has been updated with statements from Just Eat Takeaway.

Grubhub won’t be sold anytime soon, according to CEO Adam DeWitt, who said at a Wall Street Journal event Tuesday that the company is more focused on finding an investor than a buyer.

“It’s more about finding a way to help us grow than it is necessarily about the sale,” DeWitt said Tuesday at The Wall Street Journal’s Global Food Forum, according to the Journal.

Just Eat Takeaway (JET), owner of Chicago-based Grubhub, revealed in April that it was exploring the addition of a strategic partner or a full or partial sale of the company, which was coming off a quarter of negative sales and order volumes. JET investor Cat Rock Capital had previously urged the European delivery giant to sell Grubhub and focus on its domestic business.

But it has reportedly struggled to find a buyer, even after knocking its asking price to as low as $1.26 billion, a fraction of the $7.3 billion it paid for Grubhub last year. And yet it had some suitors: Private-equity firm Apollo Global Management reportedly showed interest, as did Grubhub’s founder and former CEO Matt Maloney.

DeWitt’s comments suggested that neither scenario was imminent. Meanwhile, JET reiterated its plans from April.

"Nothing has changed in relation to our previous statements around Grubhub," the company said in a statement. "In April we confirmed that management is currently, together with its advisers, actively exploring the introduction of a strategic partnership and/or the sale of Grubhub, in whole or in part. The process is ongoing and further announcements will be made as and when appropriate."

On Wednesday, German investment bank Berenberg initiated coverage of JET with a sell rating. The firm cast doubt on the company's ability to make money, even if it were able to find a buyer for Grubhub.

JET responded in a statement that it has a "strong cash base" to finance its business and that the maturity profile of its debt is aligned with profitability.

Nonetheless, the news sparked a selloff of JET stock, which had fallen more than 16% as of midday Wednesday to an all-time low of $3.11 per share.

Grubhub has struggled relative to its U.S. delivery counterparts DoorDash and Uber Eats in recent years. Its concentration in large urban areas hampered its growth as delivery took off in the suburbs during the pandemic, and it has been slower than competitors to add large chains to its marketplace and to diversify into other delivery segments like grocery and retail.

It has also made missteps, most notably a free lunch promotion in New York City last month that overwhelmed its technology as well as its restaurant partners. On Tuesday, however, DeWitt said the giveaway was a win: 200,000 new customers downloaded the app, and restaurants got hundreds of thousands of orders as a result, the Journal reported.