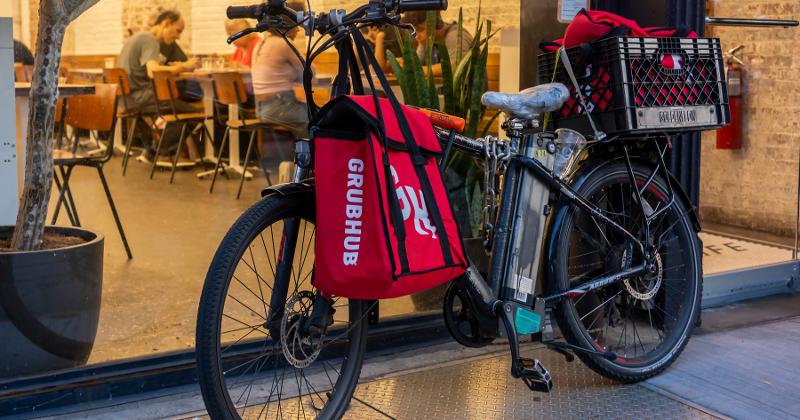 Grubhub offered to buy New Yorkers lunch on Tuesday, and a lot of people took them up on it. Maybe too many.

The delivery company was caught off guard by what it said was “unprecedented” order volume that began building even before the promotion went into effect and continued throughout the afternoon, causing problems with its ordering system and leading some unhappy customers to vent their frustration on social media.

“We had unprecedented pre-order demand, more than we’ve ever actually seen,” said Christopher Krautler, the company’s director of consumer public relations. “Right when the 11 o’clock time period hit, we got an influx of orders again that was just beyond what we anticipated.”

The deluge caused Grubhub’s app and website to crash shortly after the promo began. Some customers may have been rerouted or met with an error message as a result, Kreutler said.

At just before 11:30, Grubhub tweeted: “ya’ll were hungry, huh? hang tight - we’re on it” as it apparently worked to fix the problem.

The tweet drew many replies from angry customers who said the promo code wasn’t working or that their order had been canceled or was hours late. Some said that restaurants seemed to have stopped accepting orders altogether.

But as of about 1:30 p.m. Eastern, Kreutler said “everything should be working.”

The promo gave users $15 off their order between 11 a.m. and 2 p.m. when they entered the code FREELUNCH. It applied to all five New York City boroughs and surrounding areas.

With about 30 minutes to go in the promo window, redemptions were outpacing by 6X a similar offer during dinnertime in August, Kreutler said. He said the company planned to look into why this particular promotion got such a huge response.

Discounting is a common tactic among third-party delivery companies as they look to attract customers and drive up order volumes. The New York Post reported last week that restaurants in the city weren’t expecting much from the free lunch promotion because of how frequent such discounts have become. It’s possible that many of them were just as surprised by the demand as Grubhub was.

“We work with our restaurant partners well in advance to notify them a bit,” Kreutler said. “Obviously we do the best that we can to estimate what certain volume is.”

He said the company had heard from some restaurants that were “extremely excited” about the boost they got on Tuesday, and that it hadn’t heard any negative reports from operators.