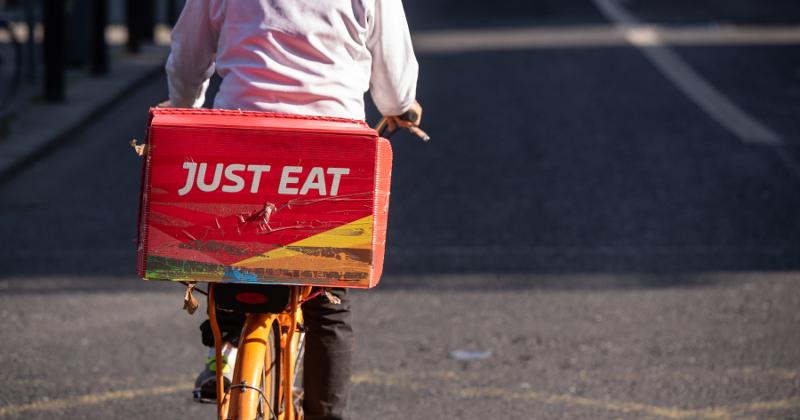 Grubhub parent company Just Eat Takeaway (JET) will no longer be a publicly traded entity in the U.S.

The Amsterdam-based delivery provider said Tuesday that it will delist from the Nasdaq stock exchange sometime in the first quarter of 2022. It cited its low share price and the low percentage of its total shares held on Nasdaq (about 3.7%).

JET stock was trading for $9.56 per share on Nasdaq as of market close Monday.

The move will also reduce the costs associated with being a publicly-traded company in the U.S., such as auditing and legal expenses, and will remove some burden from management, JET said.

The costs and workload "are significant and are not considered to be offset by the benefits from the U.S. listing," it said in a press release.

JET made a splash in the U.S. last year when it completed its acquisition of Chicago-based Grubhub. But an activist investor has recently pressured the company to sell Grubhub, arguing that the new addition is hurting JET's value.

The delisting pertains specifically to JET's American Depository Receipts (ADRs), which are the units most commonly traded by U.S. investors in foreign companies. It also plans to deregister its ordinary shares in the first half of 2023.

JET stock will continue to trade publicly in Amsterdam and London.