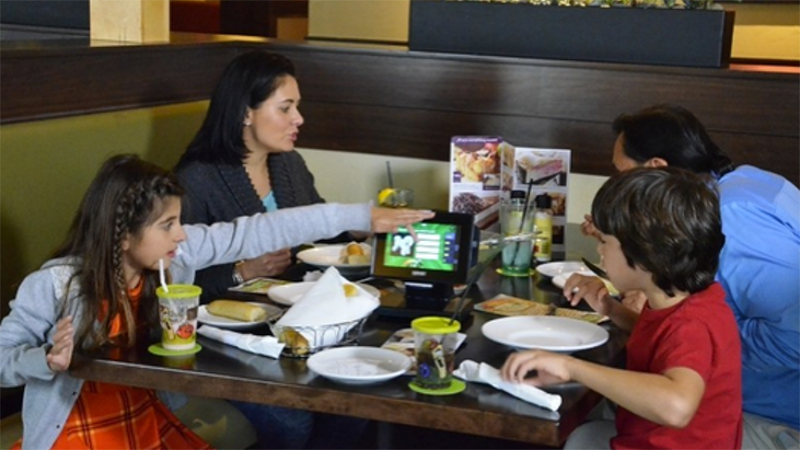 This year, Olive Garden and others followed the lead of tabletop-tablet pioneers Applebee’s and Chili’s by adding the technology in hundreds of locations. Whether to have more flexibility for menu or price changes, speed service or save on labor costs, these megachains are putting more ordering power in guests’ hands, a move that resonates with younger, tech-dependent customers.

All of these brands opted for off-the-shelf options for their tabletop technology. While the common offerings aren’t without their bugs (Olive Garden acknowledged in August that its servers were getting shorted on tips at some stores due to functionality errors), the IT help that comes with the deal is a draw. Plus, it’s far less costly than developing a custom interface.

But for operators who want to control their own design and layout and truly customize their in-menu branding, a tablet menu engineered in-house can be the better approach. Four-unit, California-based chain Stacked developed its own iPad ordering system when it launched in 2011. While it took a lot of effort and dough to build, it’s an incredibly successful selling tool that’s been well received, says Paul Montenko, co-CEO. Here are some of the features that helped solve what Montenko calls his key challenge: how to make it simple, intuitive and workable without an instruction manual.