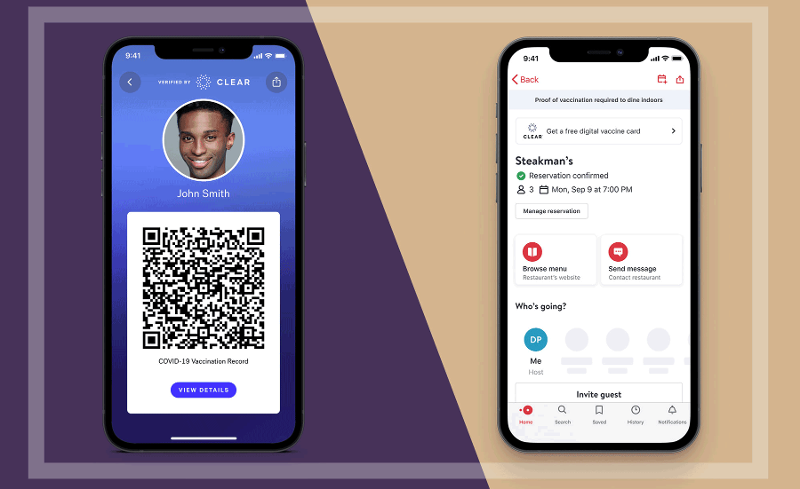 As the delta variant of COVID-19 drove a wave of new cases last month, the cities of San Francisco, New York and New Orleans announced that diners must prove they've been vaccinated before eating inside restaurants.

The new rules in some of the country's biggest restaurant markets led to a host of new challenges for operators responsible for enforcing them—operators that have already had to greatly adapt their businesses amid the lingering pandemic and ensuing labor crisis.

"The operational challenges, the logistical challenges of having someone at the restaurant check for vaccination, that really threw a wrench in restaurants’ operational flow," said OpenTable CEO Debby Soo, who began hearing from restaurants after the policies came down, asking for help enforcing them.

"Restaurants are great at hospitality," she said. "They’re not TSA agents checking documentation."

The reservations platform responded with four new features intended to ease that process. Restaurants that use the system can now:

Some of those tools, like the Clear partnership, will mainly be relevant during the pandemic, Soo said. But direct messaging and guest verification will likely become permanent parts of the platform.

Direct messaging in particular has proven popular right off the bat. Restaurants can use it to communicate COVID policies to guests, but they can answer other questions that way too. Within a month of launching it, thousands of restaurants had turned it on and more than 70,000 messages had been exchanged worldwide, the company said.

"The pickup on that product has been really incredible to watch, so clearly there’s a need there," Soo said.

The verification tool is currently designed to allow restaurants to tag a guest in their system after an employee has confirmed they've been vaccinated. That way, the restaurant doesn't have to go through the check-in process the next time they visit. But it could also be used to indicate that a diner is 21 or older, has VIP status, or any other information a restaurant might require.

OpenTable doesn't have a lot of data around that tool so far, but Soo said it has heard anecdotally from restaurants that it is saving them time.

Meanwhile, "a couple hundred" restaurants had added language to their pages indicating that they require proof of vaccination for entry. OpenTable also launched a database of U.S. restaurants that require proof, which stood at about 500 locations on Wednesday.

Company data shows that the delta variant does seem to be affecting diner behavior. The average number of weekly seated diners in the U.S. was down about 5% between July and August.

Soo said that's to be expected based on dining patterns throughout the pandemic.