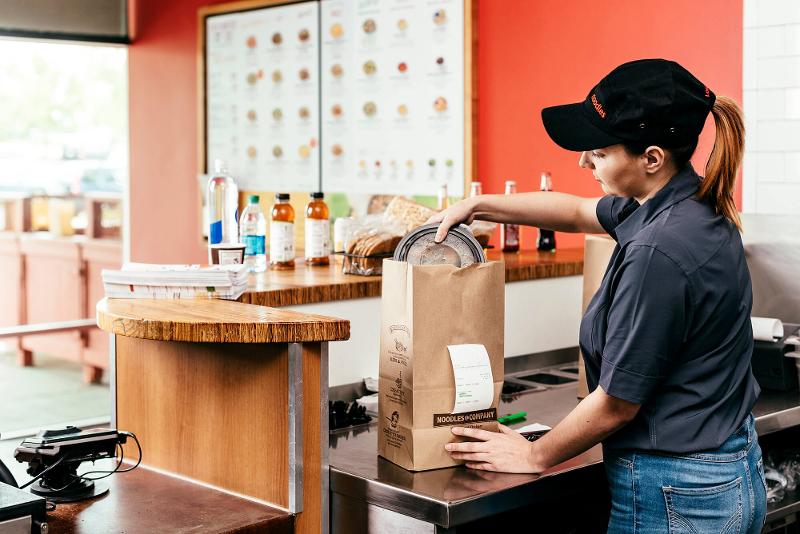 At the beginning of last year, Carrols Restaurant Group did something it once seemed reluctant to do: It began offering third-party delivery.

The large operator of Burger King and Popeyes Louisiana Kitchen restaurants had been skeptical of the service. In January 2019, late CFO Paul Flanders told investors at the annual ICR Conference, “I wouldn’t say we’re eagerly embracing it. But it’s a service we’re probably going to have in some places, eventually.”

So when Carrols did get into it, in early 2020, expectations were modest.

“Before we launched it, modeling was done on an average check of $9 to $10,” said Carrols President Dan Accordino on Monday during this year’s installment of ICR.

Instead, the average check on Carrols’ delivery orders has been $17—enough to make the service profitable, and to turn Accordino into a believer.

“I’m much more bullish on delivery than I was because I didn’t expect this level of average check,” he said.

It was a sentiment echoed by other restaurant executives during the investor conference this week, held virtually due to the coronavirus pandemic. Many said delivery has not only been an important channel during the pandemic, but that they expect it to continue to be one, citing benefits from higher check averages, premium pricing and incremental sales.

At fast-food Mexican chain Del Taco, third-party delivery sales represented 6.3% of the chain’s overall sales at both company-owned and franchised restaurants in the most recent quarter, compared to 2% and 0.2%, respectively, in the year-ago period.

Delivery check averages have exceeded at-restaurant checks by about 1.85x, both before and during the pandemic, executives said.

“We see it continuing to drive outsized growth during 2021,” said CFO Steven Brake. “Delivery will be a permanent and meaningful sales channel for Del Taco as we move forward.”

One of the big challenges with third-party delivery are the associated fees and commissions, which can cost restaurants as much as 30% per order. To help boost delivery margins, some chains have begun implementing premium pricing on those orders. Several executives who spoke during ICR said it has been effective, and that guests seem willing to pay the higher price.

Noodles, for instance, started with a 10% markup on third-party delivery orders and then began testing a 15% premium in some areas to see how it would impact guest conversion and comps.

“We really didn’t see a meaningful impact with the incremental 5%, so we took that nationwide about a month ago,” said CFO Carl Lukach. “We’ve continued to see the third-party mix that we’ve experienced then, and the pricing impact was not significant in terms of comp or guest feedback.”

“There really isn’t a lot of price sensitivity right now with delivery,” said Peter Saleh, managing director and restaurant analyst with BTIG. While that could change, “I do think delivery is here to stay. I just don’t think what we’re seeing today in terms of mix … is going to be a sustained level.”

For Noodles, third-party delivery remains a lower-margin channel, with the highest being its own pickup and to-go channels.

“That’s where we see tremendous opportunity,” said CEO Dave Boennighausen, referring to native ordering. But, “we want to play both sides, because those third-party aggregators have been a huge benefit for us in terms of bringing people into the brand.”

Chuy’s executives also touted aggregators’ ability to bring in new customers and keep them coming back. The casual Tex-Mex chain entered an agreement with DoorDash shortly before the pandemic hit, kicking off the partnership with a free delivery promotion for first-time customers. DoorDash data showed that 90% of guests who used the promotion ordered again, CEO Steve Hislop said. “We’re getting new customers this way,” he said.

While those sentiments seemed to be the consensus view, there was at least one notable renegade: Darden Restaurants, parent of Olive Garden and other chains, which remains content with blazing its own trail on the service. Olive Garden offers its own delivery of orders of $75 or more that are placed by 5 p.m. the day before.

“When we’re running people out to do a delivery at $300, it’s worth it,” said Darden CEO Gene Lee, highlighting how its drivers provide an extra layer of service that a third-party provider would not.

The company has no plans to start delivering smaller orders, and Lee is less confident than most that the off-premise boom will continue post-pandemic.

“This off-premise dining is not going to be as sticky as everybody wants it to be,” he said.