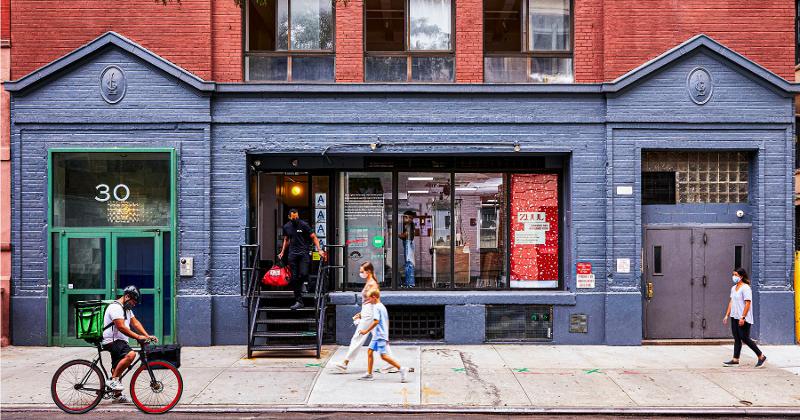 Ghost kitchen provider Kitchen United has acquired a small New York City competitor as it plans its debut in the city.

Terms of the deal were not disclosed. It's the first acquisition for Pasadena, Calif.-based Kitchen United.

The company believes Zuul will help it gain a footing in the key New York market and beyond as it sets out on a major expansion push.

"As we looked for opportunities to continue to build upon our leadership position and scale into new territories, strengthening our platform with the addition of Zuul and its cutting-edge ZuulOS technology made strategic sense,” said CEO Michael Montagano in a statement.

Zuul began as a traditional ghost kitchen company, providing kitchen space and delivery support for restaurants. More recently, it has focused on licensing its software, ZuulOS, which restaurants can use to launch their own multiconcept delivery operations out of a single location. It allows diners to mix and match items from multiple brands in a single order, similar to Kitchen United's Mix technology.

KU said ZuulOS would "marry well" with its own system and will allow it to offer more virtual brands in its kitchen centers. It also give the company access to buildings that offer Zuul Market as a perk for tenants—a network that encompasses more than 90 properties, the company said.

Zuul's executive team will remain in place, and the brand will be incorporated into Kitchen United, the company said. Zuul's ghost kitchen at 30 Vandam St. will become a Kitchen United Mix center—the first of two KU locations planned for Manhattan.

Kitchen United currently has six locations in the U.S. By the end of the year, it will have 18, with new facilities in the works in Southern California, Texas, Florida and New York. Some of those will be part of a new partnership with grocery giant Kroger to put Kitchen United centers inside its stores.