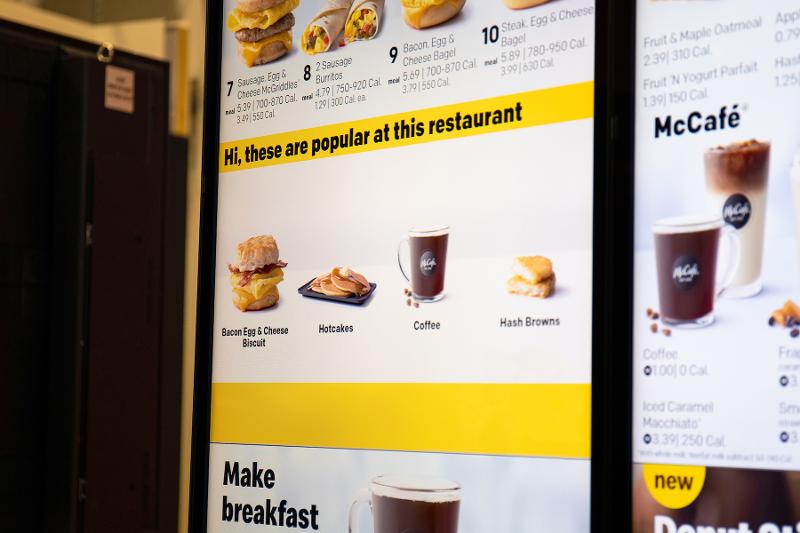 McDonald’s on Wednesday announced major changes to its digital leadership as the company continues to build on the technology used inside of its restaurants.

“We must accelerate our focus on the digital experience by taking a more holistic approach that drives value from our existing customer-facing digital investments to better engage customers and drive profitable growth,” Kempczinski told employees in a systemwide message sent Wednesday and shared with members of the media.

Digital ordering is increasingly important to McDonald’s, and other chains as well, and the burger giant has invested heavily in recent years to bolster its capabilities. It is adding digital kiosks inside its U.S. restaurants as well as artificial intelligence technology in its drive-thrus. The company made a pair of major technology acquisitions last year in Dynamic Yield and Apprente.

It has also jumped into third-party delivery with both feet through deals with services Uber Eats and DoorDash.

Yet Kempczinski said meetings with operators and employees in the U.S. and around the world indicated that the company isn’t doing enough on this front. “Digital is transforming global retail, and it will transform McDonald’s,” he said. “At the same time, I’ve heard your feedback that we still have more work to do to fulfill our digital potential.”

“Technology is growing exponentially in our business and will be a strong catalyst for growth.”

Kempczinski noted that Henry has “spearheaded a new product-centric approach to technology” that “will yield great dividends for us going forward.”

Brady has been McDonald’s senior vice president of corporate strategy and business development for the past three years. Kempczinski said that group was a driving force behind the rapid expansion of McDelivery, which grew into a $4 billion global business from $1 billion in 2017.

Brady’s team also “ran point on the acquisition of Dynamic Yield,” which is already improving average check in drive-thrus with digitized menu boards that suggest items based on time of day and weather and other things.

Global delivery along with marketing technology will report directly to Brady in her new role, which will be designed to analyze technology “through the lens of the customer.”

The team will feature “experts from marketing technology, finance, operations, marketing, insights, analytics and other functions to develop world-class digital experiences including ordering, personalization, loyalty and delivery,” Brady said in a message to employees.

Brady said that the team plans to “proceed quickly to keep pace with the external environment,” even as it is “thoughtful about this team’s priorities.” She said the company plans to seek input from various markets and groups over the next 90 days and will share more in April.