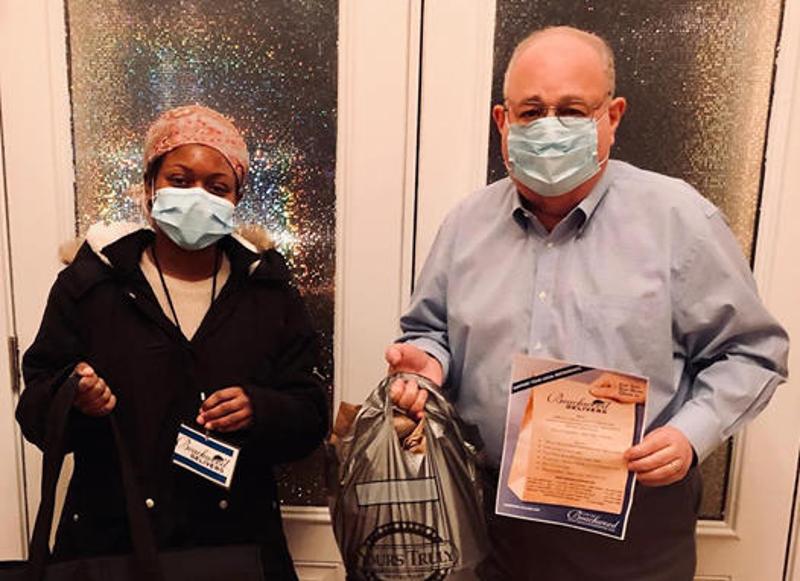 Like just about everywhere else in the U.S., the restaurants of Beachwood, Ohio, were struggling. Residents were staying close to home, dining room capacity was limited, and summer—and outdoor dining—was coming to an end.

And just like everywhere else, restaurants depending increasingly on third-party delivery were getting slammed by the fees and commissions that come along with it.

“One of the biggest challenges for restaurants in the community were the agencies like Grubhub, Uber Eats and all the rest of them that were taking more than 30% to 40% of the check,” said Beachwood Mayor Martin Horwitz.

So, unlike anywhere else in the country, the Cleveland suburb of about 12,000 people decided to get into the delivery game to help.

Customers can call participating restaurants and place an order for delivery through the service. Then the restaurant makes arrangements with Beachwood Delivers, and the guest receives text message updates on the order.

Beachwood leaned on its experience transporting residents to doctor appointments and delivering prescriptions and groceries during the pandemic to lay the groundwork for the service. And it had no trouble finding drivers: When an excited restaurateur leaked news of Beachwood Delivers to the press, the city immediately fielded a flurry of applications, said Communications Coordinator Lynn Johnson.

It now has a pool of seven or eight drivers who make a flat rate of $20 an hour, plus tips, and works with 10 of Beachwood’s 16 locally-owned restaurants.

So far, the service has been a big success. It had been up and running for about a month as of Sunday, and had handled 655 transactions, or about 20 per night, said Community Services Director Derek Schroeder. That accounted for about $32,000 in food sales for participating restaurants.

“This just was a win-win situation for everyone,” Horwitz said.

“The Ohio Restaurant Association is thrilled with the success of the Beachwood Delivers program,” said Tod Bowen, managing director of external affairs & government relations for the Ohio Restaurant Association, in a statement. “This is a wonderful way for a community to gather around and support its local restaurant, foodservice, hospitality businesses and their customers, saving them time and money to invest back into the economy.”

Horwitz believes the model could work in other cities of up to 50,000 residents, “where it doesn’t take too long to get from one side of town to the other.” Any bigger than that, though, and delivery could become unwieldy for a local government.

“I just think if you get too big, then you’d have to zone off your drivers, zone off your restaurants, that might get a little bit difficult,” he said.

Beachwood Delivers was recently extended into February based on its success but is ultimately intended as temporary support for restaurants during the pandemic.

“Our goal really is to make sure all of the restaurants survive the pandemic and they’re here for the greater population when we get to the other side of this,” Horwitz said.