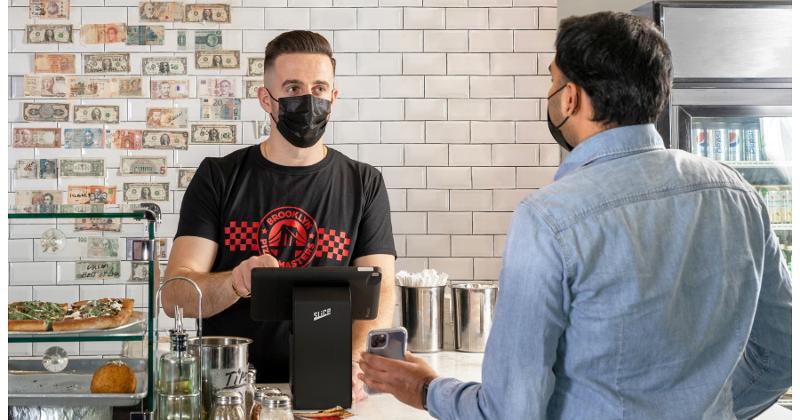 The Series D round was led by Cross Creek, with contributions from KKR, GGV Capital and Primary Ventures. But the highlight was the addition of former Twitter CEO Dick Costilo and COO Adam Bain through their 01 Advisors venture.

“We are so grateful to Cross Creek for leading this round and giving us the opportunity to bring on the 01 team as we enter this next stage of growth and continue to double down on our mission,” Slice CEO Ilir Sela said in a statement.

The round is a vote of confidence from Cross Creek, which focuses on companies with large addressable markets and "IPO-capable management teams." A Slice spokesperson said the company had no plans yet for a public offering.

It follows a $43 million Series C fundraise last May. Slice has raised $125 million to date, according to CrunchBase.

It will use the funds to continue developing its platform for independent pizzerias, which includes marketing, delivery optimization, branded websites and most recently a POS system designed specifically for pizza shops. Its goal is to equip mom-and-pop pizza shops with the same tools used by big chains like Domino's.

"Slice has emerged as the leader in powering these types of small businesses that have been serving our communities for decades,” Bain said in a statement. “We look forward to working with Ilir and the incredible team at Slice to marry our significant operating and business-scaling experience with Slice's focus on enabling economic growth in this category."