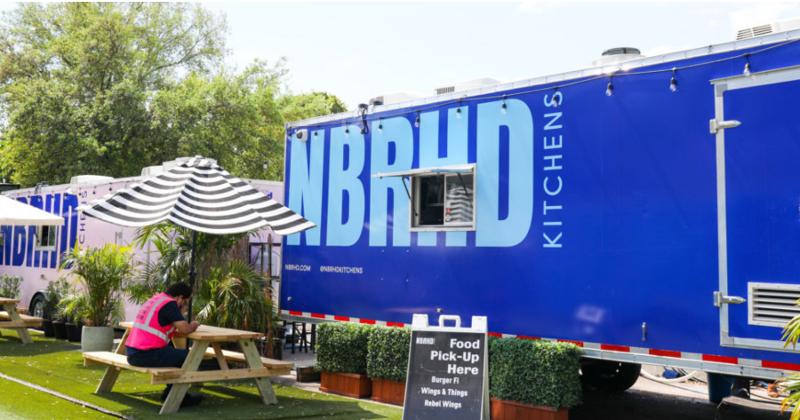 Ghost kitchen company Reef is being sued by a contractor for allegedly failing to pay for millions of dollars worth of services.

JLL, a large real-estate services company, is accusing Reef of only partially paying or ignoring invoices starting in October of last year, leaving the tech company with an overdue balance of more than $3.5 million.

It’s the latest problem for Miami-based Reef, which has faced a series of regulatory issues related to its delivery-only food trailers and last week said it was laying off 5% of its staff.

According to the JLL suit filed last month, Reef in July entered into a master services agreement with JLL to do maintenance and repairs at its kitchen trailers in the U.S. and Canada. JLL would accept work orders from Reef and fulfill them using either its own workers or subcontractors.

By October, the suit alleges, Reef had already begun to breach the contract, satisfying only part of a $259,680 invoice that month. In what the contractor said would become a regular practice, the company paid only for work done by subcontractors and not services provided by JLL itself. It still owes $78,390 of the initial bill.

Throughout 2021, JLL continued to work for Reef, following up with regular invoices that it says Reef would then underpay. This year, Reef stopped paying its JLL bills entirely.

JLL said it raised the issue with Reef via email and during weekly meetings and that Reef was “well aware” of its growing balance. JLL finally sent a notice of a default on March 7, and after Reef did nothing, JLL terminated its agreement with the company on March 18.

JLL’s suit, filed in the Southern District Court of Florida, asks the court to rule in its favor for monetary damages, interest, litigation costs and other relief.

In a statement from a spokesperson, Reef said it “does not comment on pending litigation or ongoing business matters.”

“As a rapidly growing startup innovating the future of food and other proximity-based services, we are continually refining our vendor relationships and managing our staff to maximize productivity, profitability and benefits for our customers and investors,” the spokesperson said. “We are grateful for the ongoing support of these stakeholders, which enables us to continue our global growth.”

The suit suggests there could be financial issues within the company that has been growing quickly behind a $700 million investment in 2020. Reef had plans to open thousands of kitchens last year via licensing agreements with Wendy’s and other large chains, but it has failed to meet those expectations so far. Recent estimates put its network at 500 total brand outlets worldwide, with some of its kitchens serving multiple brands.

Its kitchens have been hit with health and permitting violations in some markets that have forced it to temporarily or permanently close some locations. In January, it was accused of "poaching" employees from an airport foodservice operator to help open its own airport locations. And this week, it laid off a reported 750 workers to focus more on profitability, which includes a bigger emphasis on its ghost kitchen and parking businesses.

Despite those issues, restaurants continue to sign licensing agreements to open locations with Reef. Potbelly became the latest chain to do so, announcing the partnership late last month.

And financial help could be on the way in the form of more capital: Reef has closed on a fresh round of funding that includes new and existing investors, according to a person close to the company who asked to remain anonymous.