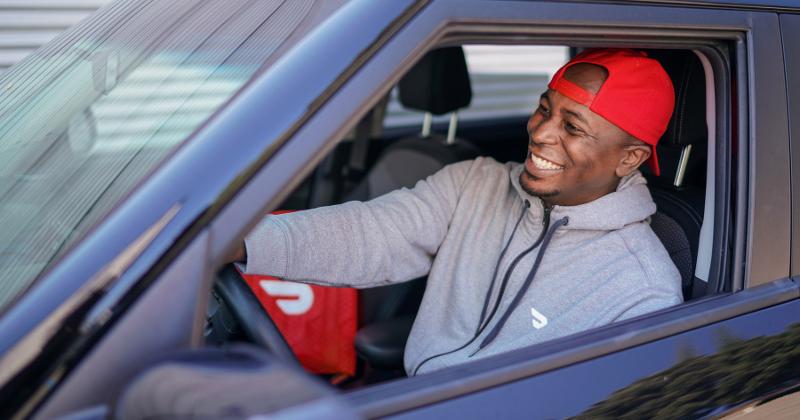 Third-party delivery drivers in Seattle will start earning more next year under a bill approved this week by the City Council.

The PayUp bill directs app-based delivery companies like DoorDash and Uber Eats to pay drivers a set amount per minute and per mile that is designed to yield the city’s hourly minimum of $17.27 and cover expenses. The formula does not factor in tips.

It makes Seattle the first city in the U.S. to mandate a minimum wage for gig drivers, and poses a fresh challenge for delivery companies that are already operating on razor-thin margins.

Under the bill, drivers will earn 38 cents per minute they’re involved with an order and 64 cents per mile they travel for that order. They’ll also be entitled to a minimum payment of $5 per order regardless of time or distance.

Those rates are based on the city’s minimum wage and the standard mileage reimbursement set by the Internal Revenue Service. They could be adjusted based on changes to those standards.

Currently, drivers for the big three delivery companies (DoorDash, Uber Eats and Grubhub) earn base pay determined by the time and distance of each order. They also keep their tips and can get special promotions that boost their earnings.

DoorDash’s base pay ranges from $2 to $10 or more per hour, according to the company’s website. Its drivers nationally earn an average of $25 an hour, per the site, and $28 in Seattle.

According to the bill’s sponsors, existing rates don't cut it for drivers, who are classified as contractors and therefore not guaranteed a minimum wage. They’re also responsible for covering expenses like gas and car repairs. The benefit of the setup for drivers is that they have more control over when they work.

“We live in an expensive city; many delivery workers earn below the minimum wage after expenses and tips are accounted for,” said Councilmember Lisa Herbold, one of the bill’s sponsors, in a statement. “The passage of this legislation will help tens of thousands of delivery workers make ends meet while maintaining their flexibility.”

DoorDash argued that the City Council did not fully consider the effects of the bill, such as higher costs for customers.

“Seattle City Council refused to hear from community members—from restaurants to customers, to faith leaders, to communities of color—who opposed this extreme policy that will dramatically increase costs on customers, reduce orders for merchants, and threaten earnings for Dashers, ” the company said in an emailed statement. “City Council also refused to study the impact of this proposal, despite widespread constituent concern.”

Uber Eats shared a similar statement, adding that a third of its orders in Seattle go to underserved communities.

"It’s these communities that will most be impacted by higher costs and less demand," a spokesperson said in an email.

PayUp represents a new battlefront for the companies, which have fought hard to keep their contract employment model. In 2020, DoorDash and Uber spent hundreds of millions of dollars in support of a California ballot measure that allowed them to continue treating drivers as contractors. Proposition 22 passed, but a California judge last summer deemed it unconstitutional; the case is pending.

A similar measure in Massachusetts could be decided by voters in November.