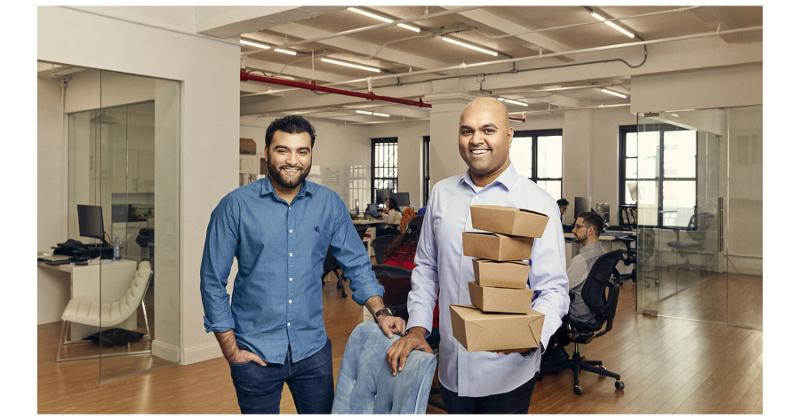 As workers begin returning to offices, a company that wants to help feed them announced on Tuesday that it has raised $15 million in a Series A funding round.

New York-based Sharebite is a food ordering platform designed specifically for workplaces. Employers can partner with the company to offer group ordering from its network of restaurants. Meals are individually packaged and delivered to designated Sharebite Stations in the building.

Even though many offices shifted to remote work during the pandemic, the company managed to grow its contractual business by 400% last year, it said in a press release.

"With the launch of Sharebite Stations in November 2020, Sharebite was able to provide a post-pandemic lunch solution for its clients," said Mohsin Memon, COO and co-founder of Sharebite, in a statement. "Companies that historically ordered buffet style catering or had in-house cafeterias are now looking for new solutions in the post-pandemic world that are not only safer, but also reduce waste."

Employers can use the service to manage group orders for employees, selecting a different partner restaurant each day. A portion of each order goes to a charity called City Harvest that works to alleviate child hunger.

Sharebite restaurants benefit from large, advance orders that can be prepped and delivered all at once, as well as access to thousands of employees at top companies. Employers that have recently started using Sharebite include WeWork, Coinbase, Better.com, McKinsey and Horizon Media. It also works with many large investment banks and law firms.

Its restaurant network extends to more than 3,000 brands across the U.S. including Chopt, Dig, Naya, Dos Toros and Veggie Grill.

The round was led by Lafayette Square, which made its first investment since its launch late last year. Other contributors of note were Seamless founders Paul Appelbaum and Todd Arky, and Lukasz Gadowski, founder of European food delivery company Delivery Hero.

Sharebite said it would use the funding to expand its Sharebite Stations across major U.S. markets as employees return to the office.