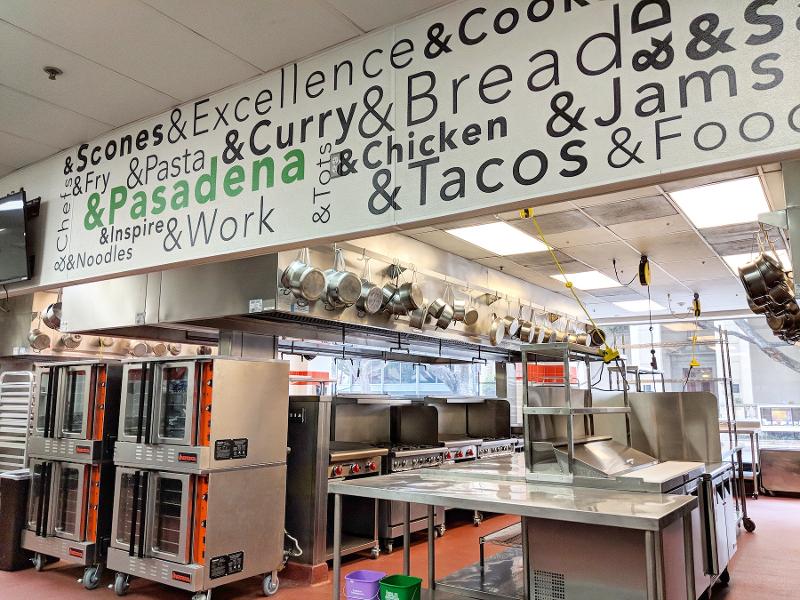 This week in restaurant tech: Kitchen United took its first step in an aggressive expansion plan, and investors gave virtual brands a $7 million vote of confidence.

The ghost kitchen provider is officially moving in to a second location in Chicago. The new facility in the downtown’s Loop area will occupy the former home of Wells St. Market food hall, which closed in September due to the pandemic. It will house 10 kitchens and a central pickup area, and will eventually offer indoor and outdoor seating—kind of like a regular food hall.

It is the fifth location for Pasadena, Calif.-based company, which plans to add 16 facilities across the U.S. this year.

The startup that helps chefs create virtual concepts raised $7 million in a seed funding round. The round was led by Rucker Park Capital along with FJLabs and others, as well as angel investors including former Seamless CEO Jonathan Zabusky.

The company allows chefs and restaurants to create and manage their own delivery-only virtual brands. It currently has chef-developed concepts in Manhattan, Brooklyn and Queens—and a waitlist of 50 more.

“In Mealco, we found the most compelling model to push the frontier of restaurant innovation further by empowering chefs to take ‘idea-to-table' faster and cheaper than ever before,’ said Wes Tang-Wymer, general partner with Rucker Park Capital, in a statement.

The two cities enacted temporary limits on the fees third-party delivery providers charge restaurants, joining the dozens of other cities, counties and states to have done so.

Baltimore’s measure caps all fees at 15% and will expire 90 days after the end of Maryland’s health emergency. Baltimore County, which does not include the city, recently instituted a similar cap.

San Diego’s limits delivery fees to 15% and other fees at 3%. It will end 60 days after either state and local public health orders are lifted, or restaurants are allowed to return to 100% dining room capacity.

The delivery company this week opened applications for its $10 million grant program for restaurants.

Restaurants that are in those markets and meet the criteria can apply now for the $5,000 grants, which are being managed and distributed by Hello Alice. Complete details are available on DoorDash’s website.

The maker of robotic fry cook Flippy had so much success fundraising last year that it’s extending the round through 2021.

Its Series C campaign on crowdfunding platform SeedInvest had raised $17 million by the end of November, the most for a tech company on the platform to date. The company is continuing the round with a goal of raising $30 million this year.

“The whole industry is at our door—and with an expanded round, we’ll move even faster to meet demand,” said Miso President Buck Jordan in a statement.

Miso also added to its C-suite, hiring Jake Brewer as chief strategy officer. Most recently, he was VP of restaurant excellence with CKE Restaurants, the parent of Hardee’s and Carl’s Jr.