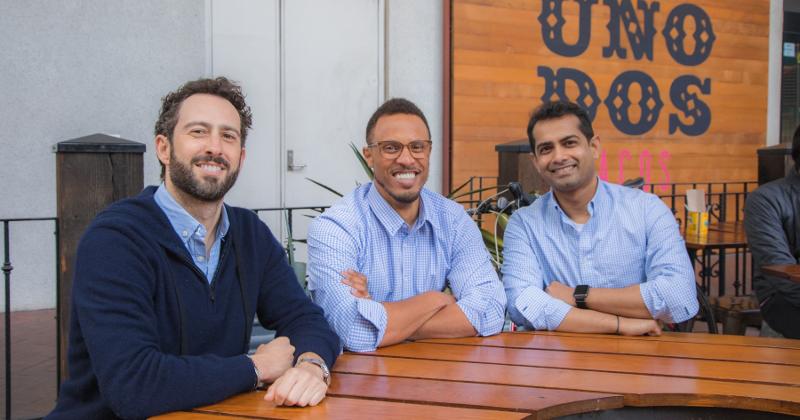 With the shift to online ordering that has happened over the past several years, restaurants have access to more information about their customers than ever, he said. The problem is, they don’t always know what to do with it.

The San Francisco-based tech company hopes to help ease that problem with the acquisition of ZeroStorefront, a software provider that will allow Thanx to put even more data in front of restaurant operators.

It’s the company's first acquisition since its founding in 2011, but Goldstein said it won’t be the last. Terms of the deal were not disclosed.

ZeroStorefront can collect data from a variety of inputs and show it to restaurants in a way that can help them make decisions, like where to open new stores or what to offer customers. It was founded in 2018 by CEO Collin Wallace and CTO Ashutosh Joshi, two former Grubhub employees who saw how customer data was fueling the rise of third-party delivery and wanted to give restaurants the same tools.

Wallace will become Thanx's VP of insights, and Joshi will become director of engineering.

Goldstein said the new capabilities put Thanx ahead of the curve in terms of the tools restaurants need.

“Data analytics and insights is not something that’s currently heavily in demand,” he said. “We believe in the near future it’s going to be a major differentiator.”

As of now, many restaurants, even large chains, are using the same widely available data sets to guide decisions, he said.

“The piece that has been missing is, what are your customers actually doing?” he said. “When you launch a new item, what are your VIPs doing differently than your average customer with that new item? There are a variety of questions that are just going unanswered.”

The ZeroStorefront product fits in with Thanx’s overall approach to loyalty, which it calls loyalty 3.0. The idea is to help restaurants move away from what Goldstein referred to as “rote discounting” toward other rewards for frequent customers, like secret menus, exclusive swag and special access to events.

Thanx believes those types of offers will help restaurants distinguish themselves from third-party delivery providers that have long relied on discounts to woo customers.

“Third-party delivery brands have way deeper pockets than restaurants ever will,” Goldstein said. “So competing on discounts is a losing strategy.”

Thanx’s product is designed to make this easy for restaurants by compiling data and automating much of the process. It has historically targeted mid-market brands, but Goldstein said it has been getting “dragged upmarket” by large chains that need the extra marketing muscle.

He would not reveal how many businesses use Thanx, saying only that it’s a five-digit number. But overall, Goldstein said, the restaurant industry is still losing customers to third-party delivery companies.

“Until restaurants really embrace that they are in the data business … they will struggle against some of these tech behemoths,” he said.