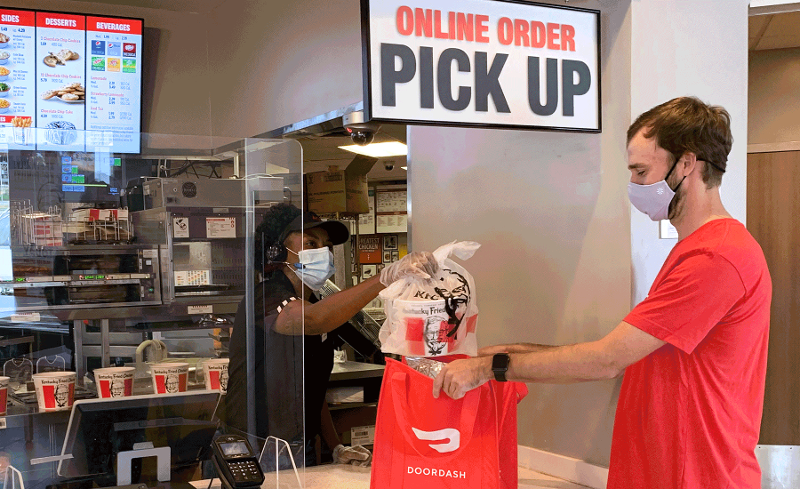 In a letter on Tuesday to FTC Chairman Joseph Simons, Reps. Jan Schacowsky, Mary Gay Scanlon and Pramila Jayapal outlined how three delivery companies—DoorDash, Uber Eats and Grubhub—dominate the U.S. food delivery market, with regional market share typically concentrated with one or two providers. This gives the few big players unfair leverage over restaurants that have heavily depended on them during the pandemic, the representatives wrote.

“Independent restaurant owners are often unable to choose between competitive firms offering marketing and delivery services; rather, restaurants can only choose whether to participate with the services and terms set by the dominant firm in their market,” they wrote. “The platforms have used this leverage to set excessive fees and commissions, and to undertake multiple coercive and potentially deceptive marketing actions such as creating fake phone numbers and websites for restaurants and offering delivery services without restaurants’ consent.”

Food delivery companies have come under increasing scrutiny in recent years. In 2019, the New York City Council launched an investigation into similar issues raised in the representatives’ letter, including allegations that the delivery services were setting up fake websites intended to mimic a restaurant’s actual site. At the time, representatives from Uber Eats and Grubhub said they were not aware of such a practice, and Grubhub CEO Matt Maloney called the allegations “totally false.”

But Grubhub and other delivery companies have made it a common practice to add non-partner restaurants to their platform without their knowledge, causing confusion for restaurants and customers.

And then there are the fees, which can be as high as 30% or more per order. Since the pandemic began, about a dozen local governments have approved caps on those fees, usually at 15% or 20%. Such caps were recently extended in New York City and Los Angeles; Denver and Boston are the latest cities to consider a similar measure.

Delivery companies say the fees are necessary to operate in the “three-sided marketplace” of delivery, and argue that capping them will ultimately hurt the industry, though the caps have seen strong support from restaurants.

“The food delivery platforms have long been unprofitable, despite multiple acquisitions of smaller food delivery platforms,” they wrote. “We are very concerned that these firms’ paths to profitability will likely come from eliminating competition, charging higher fees to restaurants and consumers, and misclassifying and undercompensating the workers who perform the labor of delivering the food.”

The letter calls on the FTC to investigate the impacts of the delivery services’ practices to “better protect the small restaurants and food service businesses that employ thousands, allow for diversity of entrepreneurship, and add vibrance to our communities.”