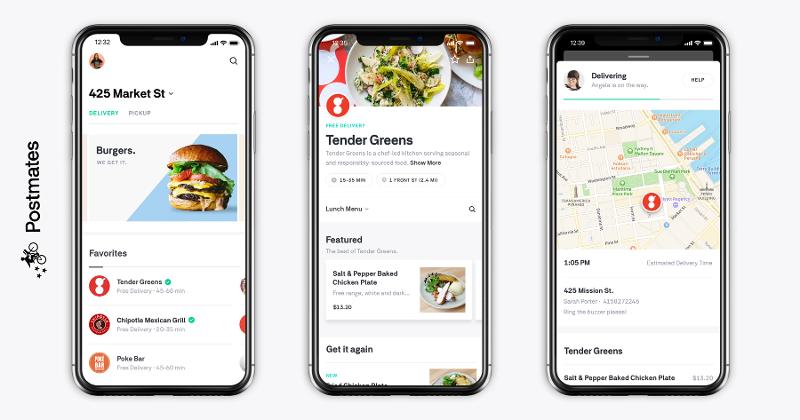 Uber’s acquisition of Postmates for $2.65 billion solidifies the company’s place in the third-party delivery market and creates efficiencies for Uber Eats that could ultimately help it turn a profit while Uber’s Rides business is struggling.

But for restaurants, whose relationship with third-party delivery services has been tense, the benefits of the consolidation appear less clear.

“Restaurants are struggling, and yet the aggregators aren’t making money either,” said Ido Levanon, CEO of Dragontail Systems, a food delivery software provider. “This consolidation may give Uber Eats/Postmates a better bottom line. [But] will they pass it to the restaurants and reduce their charges?”

Restaurants pay anywhere from 15% to 40% commissions on orders placed through third-party delivery services—payments they have repeatedly railed against. During the pandemic, many municipalities including New York and San Francisco moved to cap these fees as restaurants became more dependent on the services for business.

Lower third-party delivery fees coming out of the deal are “a possibility,” said Melissa Wilson, a principal with Restaurant Business sister company Technomic.

“It’s tough right now to assess strategies, but we certainly have seen during the pandemic that certain of the third-party delivery companies have gone all out in terms of being supportive of operators,” she said. DoorDash, for instance, temporarily reduced commission fees for local restaurants.

“So a consolidated environment I imagine would give them more ability to do so," she said.

Uber, for one, believes the efficiencies resulting from the deal will ultimately help restaurants.

“The combination of Uber Eats and Postmates is ... expected to drive significant efficiencies and cost savings that will allow us to bring benefits to all sides of the marketplace, including consumers and restaurants,” said CEO Dara Khosrowshahi during a call Monday with investors, according to a transcript from financial services site Sentieo.

For restaurants, more efficient delivery that gets food to customers faster is obviously a good thing.

“By having a better coverage and more drivers available, then the delivery time should go down, in theory,” said Levanon. The question, he said, is whether Uber will maintain the combined number of Uber Eats and Postmates drivers or choose to reduce those levels.

The deal should also ease operations for the many restaurants that work with multiple providers. “One less tablet to have in the restaurant, one less negotiation to have, one less account rep,” Wilson said.

That said, while Postmates is one of the largest third-party delivery services, it was a distant fourth behind the big three—DoorDash, Grubhub and Uber Eats—in most markets, Wilson said. This will likely dampen the impact of the deal for many restaurants.

“When you think of the leading brands, Postmates has been a laggard,” she said. “In terms of the critical mass, the biggest area that’s going to have an impact on operators is in Los Angeles,” where Postmates has 35% market share, according to consumer analytics firm Second Measure.

Postmates has 16% share in Miami and 19% in Phoenix, but less than 5% in other large markets such as New York City, Chicago and Dallas-Fort Worth, according to Second Measure.

However, Uber said the acquisition goes beyond just hot food delivery into retail and groceries as well, an area Postmates already services—which Wilson said is the most intriguing element of the deal.

The broader strategy should help it in markets where Postmates has a smaller share, Khosrowshahi told investors.

“When we look at the category, for us it started with food, but it's much more expansive than that. It's essentials, it's grocery,” he said. “So while we have good share in those markets, we kind of view the market share and the market much more broadly than the category positions that most of these services measure.”