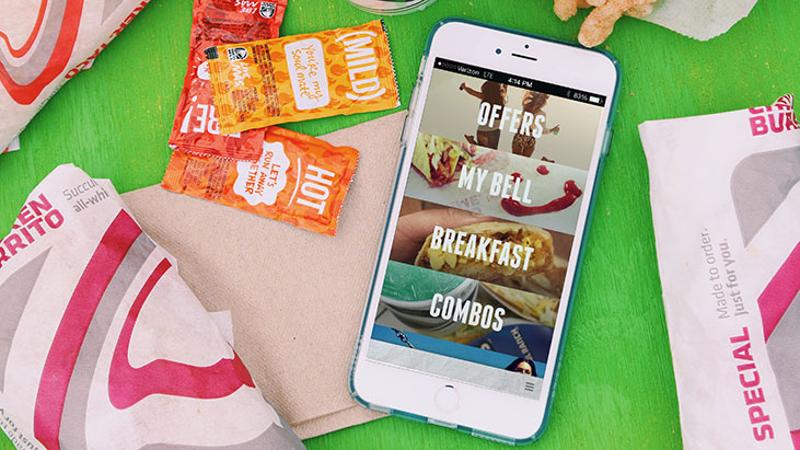 They’re numbers any CIO would envy: Taco Bell’s app boasts 5.4 million downloads and 30% higher checks than in-store. Starbucks’ app has 17 million users who spend three times more. But it takes a lot of work to look that good.

Taco Bell, for example, spent two years custom building its app with a startup developer and has a team of 20 to maintain it. Such resources are just some of the factors to consider when deciding whether to custom build an app or go the white-label route.

When competition accelerates the need to put out a new app, customizing an existing model may trump a custom build. “White label allows the easiest, quickest path to implementation,” says Jon Hartis, VP of technology at Which Wich. There’s no need to worry about wire framing or storyboarding, he says. “There were some flow updates and menu mapping, but it’s really just plugging in our images, content, fonts and color schemes.”

Papa Murphy’s deployed its app within a quarter by white labeling, says Chief Development Officer and SVP of technonology Jayson Tipp. The brand provided creative content and subject matter experience, but implementation was light on his team, he says. “The tech program has already been tested. With custom, you have to do a very extensive test.”

Taco Bell’s in-house team manages its app, plus features such as web ordering and delivery. And it’s constantly looking for new ideas to push out, says Jenna Keith-Birney, manager of digital innovation for the brand. “While our team continues to be large and scrappy, it is an investment in terms of personnel and ongoing innovation,” she says.

Maintaining a team of that size and expertise was not feasible, however, for Mooyah, says Natalie Anderson Liu, director of marketing, which is why it chose to white label. “It would not be wise to learn the landscape and keep up with the ongoing updates.” Furthermore, its partner handles the frequent updates Apple and Android require as part of its monthly fee.

Where custom offers the greatest freedom is in the features. “Functionality is limited to what exists within the app,” says Hartis of white-label formats. “Other than reskinning, the flow and look are similar to other brands. It’s slightly difficult to stand out,” he says.

That’s a big reason Taco Bell started from scratch. “Because we went with a custom solution, our experience is pretty custom to Taco Bell,” says Keith-Birney. “Nothing off the shelf offered what we wanted to deliver to our fans,” she says.

Operators can ask a white-label supplier to add features, and some may oblige—but there’s often an extra cost, says Tipp. Plus, suppliers may weigh whether a new function would benefit all of its clients. “In my experience, once you go down that route, it’s almost to the point of funding a custom app,” Tipp says.