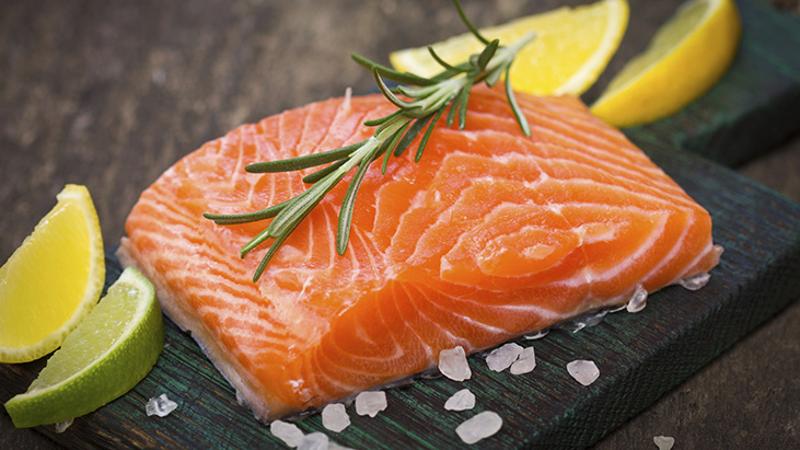 More than a third of the salmon sold in restaurants as wild-caught is actually farm-raised in the Atlantic Ocean, according to a new study from a seafood conservation group.

The report, based on a small sampling by the Oceana save-the-seas group, did not say if the restaurants knowingly misled customers or were duped themselves by wholesalers.

The instances of misidentification triple when wild salmon from Alaska and the Pacific Northwest are not in season, Oceana said. Even when the fish is in season, the cost of the wild-caught version is significantly higher than the price of farmed fish.

It also found a high degree of fraudulent labeling in supermarkets. But diners are far more likely to be sold misidentified salmon in restaurants, Oceana concluded.

“Misrepresentation in the market place continues to be an issue,” the Alaska Seafood Marketing Institute said in a statement responding to the Oceana study. “ We recommend that foodservice operators work closely with their suppliers to verify the source of seafood they are purchasing.   Ninety-five percent of all wild salmon harvested in the U.S. comes from Alaska and can be directly traced back to the source.”

In addition, the Institute “recommends that restaurants train their waitstaff so they can accurately represent seafood menu items to their customers.”

The group noted that its findings were based on 82 salmon collected from restaurants and supermarkets, a small sampling given the popularity of salmon in the United States. It noted that the fish were collected from across the country last winter and traced to their source through DNA testing.

Overall, 43 percent of the samples were misrepresented to the consumer. Farmed salmon was passed off as the pricier wild-caught version in 38 percent of the instances where the fish was gathered from restaurants, compared with a 7 percent instance for the supermarket samples.

“Americans might love salmon, but as our study reveals, they may be falling victim to a bait and switch,” said Beth Lowell, senior campaign director at Oceana. “Not only are consumers getting ripped off, but responsible U.S. fishermen are being cheated when fraudulent products lower the price for their hard-won catch.”

Oceana’s stated aim is to foster the sustainability of the seas as a source of food.