Would there have been a restaurant-truck boom without Twitter? 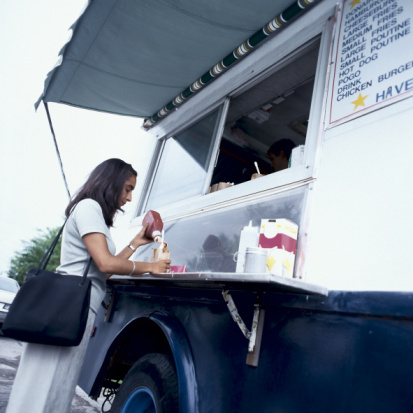 A look at the top mobile users of social media underscores how much they depend on daily dish-ups of 140 characters to make their models work.

The leaders, as ranked for Restaurant Business’ Social Media 50 report, have snagged considerable followings within the Twitterverse. The absolute numbers would rate the keypad-punching truck operators far above our highest-scoring independents.

The Kogi BBQ truck, for instance, had more than 80,000 Twitter followers when we collected our numbers. Number Two on our list, southern California’s Grilled Cheese Truck, had about 30,000.

Though completely locally focused, they ranked 58th and 72nd respectively on our industry-wide social media rankings, ahead of many national chains. For both, Twitter was the main driver of their Social Media Index, a score that also reflected operators’ buzz-making on Facebook.

It’s easy to see why restaurant trucks are so dependent on Twitter. For brick-and-mortar restaurants, so-called micro-blogging is still largely a cool way to deepen connections with customers. But tweets are essential to truck restaurants—in effect the neon signs that say where they are on any given day.

This sort of instant heads-up doesn’t work as well on Facebook.

Rounding out our rankings of truck restaurants are the Nom Nom truck, a Los Angeles favorite for bahn mi, with about 19,000 Twitter followers; Taco Bell’s promotional restaurant on wheels, with about 10,000; New York’s Rickshaw Truck, about 7,600 followers; and Milwaukee’s Streetza Pizza, with approximately 6,000.

If you’re a restaurant-truck operator who’d like to see how you’d score against them and brick-and-mortar places, try our Social Media Index calculator, and let us know the results.