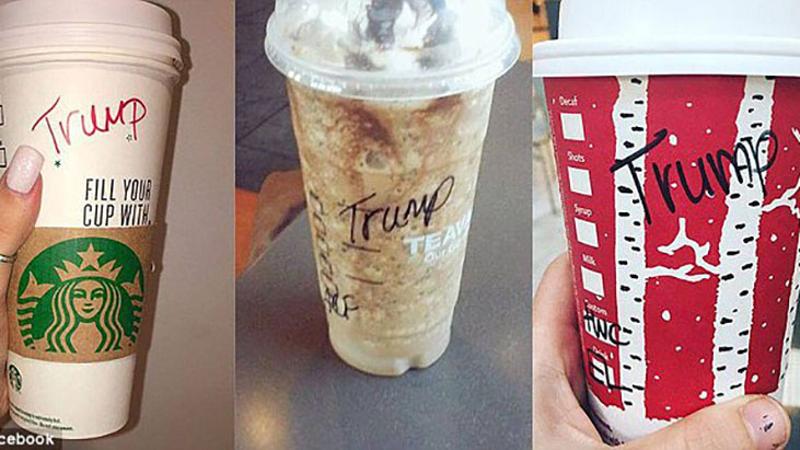 A bizarre interaction last week between a Trump fan and a barista at a Starbucks in Florida has prompted supporters of the president-elect to descend upon the chain with demands it write “Trump” on cups or face a publicity backlash.

Sympathizers with the movement are encouraged to visit a Starbucks and say their name is Trump. If the barista balks, the customer is expected to shame the place by videotaping the exchange and posting it on social media, using the hashtag #TrumpCup.

The protest’s stated purpose is to get the baristas to yell “Trump!” when the order is ready, in keeping with Starbucks' usual process. Knowing that’s the end game, not all coffee makers are playing along. They’re finding themselves the unwilling stars of the videos.

Tweeters using the hashtag for the videos or straight text posts have called for an outright boycott of Starbucks, whose CEO openly supported Hillary Clinton in the run up to the election.

The social media outcry, dubbed Operation #TrumpCup, was apparently stoked by Twitter user Tim Treadstone, who reportedly has 120,000 followers on the platform. He told The Washington Post, “We have a culture war to win.”

The spark for the effort was a video posted by others last week of an exchange between a Starbucks customer and a barista in Coral Gables, Fla. The patron, David Sanguesa, loudly announced at the counter that his tall vanilla latte was taking longer than normal to be served because of prejudice against Trump followers. He yelled out “Trump!” repeatedly, demanded his money back, and spoke threateningly to the staff. “I’ll punch you out,” he said at one point.

In a subsequent interview, Sanguesa said he’d come back to apologize to the barista. Then, in a second talk with Miami Herald reporters, he indicated he was not contrite and intended to sue.

The Herald reported that Sanguesa had a history of aberrant public behavior.