Recent developments of interest to restaurant franchisees and franchisors. 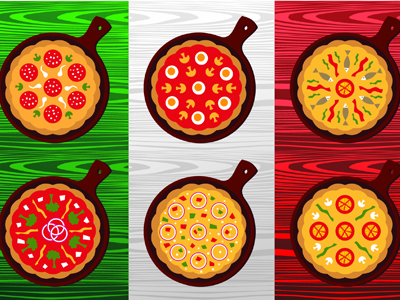 Corner Bakery bakes up a big deal
Corner Bakery took another big stride in its franchise expansion drive by signing a 30-unit deal for Florida and New Jersey. The franchisee is Warren, N. J.-based Yum & Chill, which Bakery describes as “a team of highly experienced restaurant developers with a diverse portfolio of brands.”  Yum & Chill’s website indicates that the company’s brands include Golden Corral.

Bagels, muffins & now yogurt. And muffins.
The franchisor of Big Apple Bagels and My Favorite Muffin is adding another concept to its stable: SweetDuet Frozen Yogurt & Gourmet Muffins.

The new brand from BAB Inc. will feature self-serve frozen yogurt; My Favorite Muffin-branded muffins; and Brewster coffee, BAB’s proprietary brand. An array of breakfast items will also be offered.

In announcing the spin-off, BAB noted that three of its top executives, including CEO and president Michael Evans, worked within the TCBY frozen-yogurt chain before moving to the bagel specialist.

A SweetDuet store will measure about 1,600 sq. ft., and the initial target for development is the Upper Midwest, the announcement said.

Fast-casual pizza pack gets another entrant
In another sign that pizza will be the next fast-casual category to explode, the founders of Wetzel’s Pretzels have teamed up with Los Angeles chef Bradford Kent to launch Blaze Fast-Fire’d Pizza.

The concept by its own admission borrows Chipotle’s production model to create personal-sized, customized pizzas for patrons. The pies are finished in an open-hearth oven that forms a visual centerpiece for stores.

Blaze touts itself as being “freakishly fast,” and estimates that a pie takes two minutes to cook.

Blaze will use a 24-hour-fermented dough developed by Kent, and will offer gluten-free options and vegan mock-cheese. The first two stores are scheduled to open in southern California this summer, with franchises offered elsewhere. The prototype stores measure 2,600 and 2,800 sq. ft.

Blaze is the latest in a number of chef-driven pizza concepts to arise in recent years as an alternative to high-production national chains and inauthentic local joints. Other upstarts include Sauce, Fox Restaurant Concept’s celebrated chain; Pitfire Artisan Pizza, whose menu is handled by former Fresh & Easy chef Michael Ainslie; and Pie Five, the next-generation concept that Pizza Inn is developing.