A new look for a coffee brand, a new growth specialist for two Latino concepts, and deals, deals, deals for several new and established franchisors. 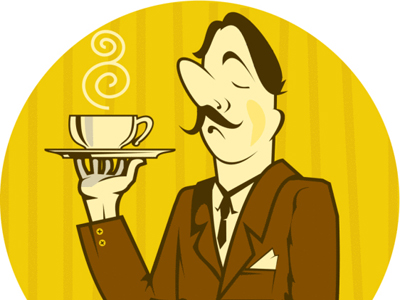 Gloria Jean’s brews up a more sophisticated look
Gloria Jean’s Coffee has opened a new prototype that includes such upscale touches as a maitre ‘d, a gift shop, and a display of various types of whole coffee beans.

The coffeehouse chain did not reveal a price for the updated restaurant, nor how the pricing might have changed. The franchisor is calling it The Coffee House of the Future.

The prototype opened in Chicago Ridge, Ill. The unit is franchised to Muddassar Alvi.

Seventy-four Gloria Jean’s shops are open in the United States, and about 825 operate elsewhere in the world.

Fiesta Restaurant Corp., which was recently spun off as a public company from the Burger King franchise Carrols Corp., said Todd will be responsible for all aspects of development, including site selection and restaurant construction. His experience includes 20 years with RTM, once Arby’s largest franchisees, and later the parent company of Arby’s.

Don Pablo’s first franchise to open
The Don Pablo’s Mexican dinnerhouse chain is set to open its first franchise, a store in Sarasota, Fla., where the chain had four restaurants before pulling out as difficult times developed in 2007.

The unit is franchised to Steve Rinehart, who had managed one of the Tampa-area Don Pablo’s before the brand exited the area.

The deals will move Hurricane into Colorado, Minnesota, Maryland and Delaware, and will bolster its presence in the Hudson Valley, the suburbs above New York City.

The franchisor was pushed into Ch. 7 bankruptcy in 2011, prompting company-run stores to close. But 11 franchised stores remained in operation, according to the Register.

Although most franchise chains have a franchisee advisory group of one sort or another, most are not as large as Dunkin’s.  Twenty-six franchisee-representatives have been elected on a regional basis by their fellow operators for the next two-year term.