Yelp reviews in the bathroom. Resourceful employees. A super-sustainable Applebee’s. And no more rare burgers in London. A well-done Week In Ideas awaits. 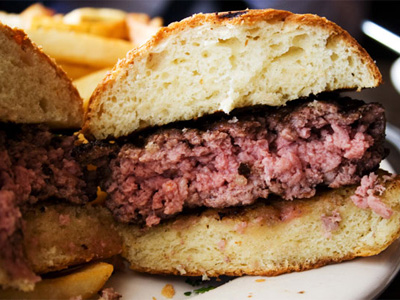 Idea #1: Yelp reviews as bathroom music. Despite its Michelin award and four-stars on Yelp, San Diego’s Craft & Commerce has to deal with negative reviews from online critics like everybody else. As a bit of its own commentary on those often overblown negative reviews, the restaurant started playing them on their bathroom sound system.

Idea #2: Cross-train employees. Two Huddle House workers in North Carolina delivered a baby in the restaurant’s parking lot. No word if the baby girl will be named French Toast Platter in honor of the chain.

Idea #3: A living wall. That a whole bunch of other sustainable features were included in the new Applebee’s in Manhattan, the city and the chain’s first LEED-certified restaurant.

Idea #4: Ban rare meat. London’s City Council just did it, along with banning medium-rare, too. "If you follow the guidelines to the letter then you’re going to destroy the burger industry," one London chef bemoaned.

How the pandemic will change the way restaurants are built