This week New England restaurants team up in two cities to help cut calories and drunk driving. White Castle might just replace its reputation as a destination for stoners. There’s a fight with a health inspector. And a thank you from a Chinese restaurant. 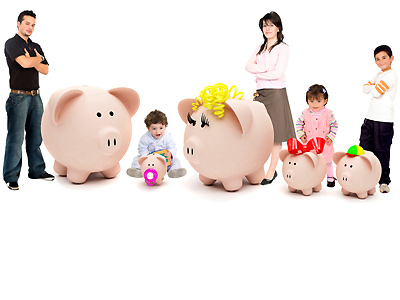 Idea #1: A penny per calorie. Four Portland, Maine, restaurants are teaming up for a special lunch on January 2, the first day back to work for most folks. To help their customers become more aware of their calorie intake—and hopefully help them with that stubborn New Year’s resolution—the restaurants are charging a penny per calorie on their menu items. So, the El Mercado Salad at El Raya Taquerio that normally costs $6.95 will only cost $2.34. A cup of the White Chicken Chili at Sebago Brewing Co. drops to $1.55 from its usual $4.79.

Idea #2: Rewarding designated drivers. This is an idea that has been gaining steam on the south shore in Massachusetts. Started at the urging of cops who were tired of so many accidents during the holiday season, bars and restaurants around Norwell, Massachusetts, post a blue banner in their windows advertising specials for designated drivers, which usually amount to free sodas and non-alcoholic cocktails. When large groups arrive, they will even ask if there is a designated driver. About 50 establishments are taking part.

Idea #3: Don’t pick a fight with your health inspector. You’d think this one would be pretty obvious. Guess not.

Idea #4: Beer with your slider. We missed this one last week while Week in Ideas was celebrating the holidays with his Week in Ideas wife and children. White Castle is testing the idea of beer and wine sales at a Lafayette, Indiana, unit co-located with the brand's new Blaze Modern BBQ concept. The beverages are expected to entice the BBQ patrons most. "This was something that customers had been suggesting," Jamie Richardson, a spokesman for Columbus-based White Castle System, told USA Today. "They thought that beer and wine might go nicely with the barbecue that was available at Blaze. We're certain that we might have some customers who might enjoy some sliders and a beer or wine as well."

Idea #5: Thank your customers. It’s an idea that never goes out of season, but this Chinese restaurant reminds us that there are some seasons when it’s more appropriate than others. Two great cultures that go great together.