A special idea we send out to our friends at Sonic in Tennessee. Plus, an unusual amount of cleavage for one issue of Week in Ideas. 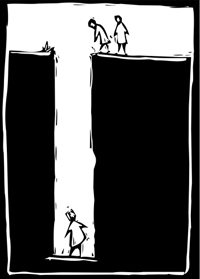 Idea #2: A hot dog with extra strippers. A Long Island, New York, mother of four is back on the street with her great idea for selling hot dogs after cops took exception. Catherine Scalia calls herself a “hot dog stripper,” and sells wieners—and a look at her cleavage—from her food truck. Cops arrested her for prostitution after an undercover cop bought a hotdog and an alleged sex act. "Prostitution is sex. I'm not selling sex, I'm selling my cleavage," Scalia told the local CBS affiliate. And, she says, she’s ready to start selling again. "I'll be back out there with my bikini top on, selling my hot dogs. I'm right in front of Pep Boys on Baldwin in Freeport.”

Idea #3: And speaking of cleavage. Hooters is giving moms free wings on Mother’s Day. Isn't that more of a Father's Day thing? Whatever, it’s an idea.