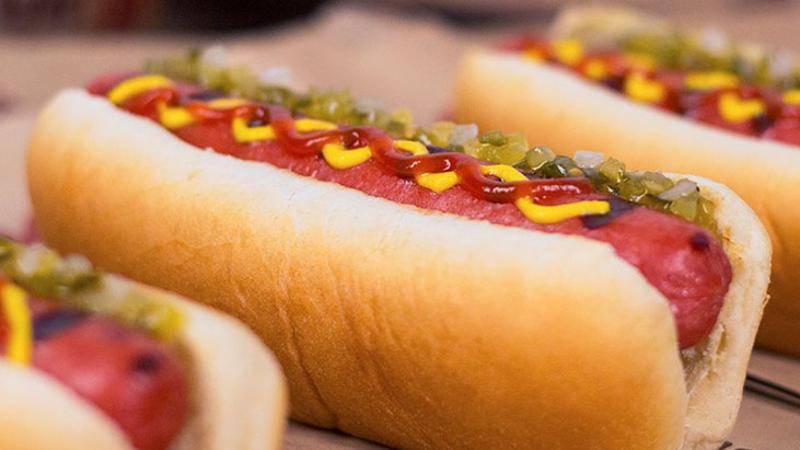 An age-old friendly debate flared up into a full-fledged social media firestorm recently. The Twittersphere exploded like a rigged ketchup bottle when dictionary publisher Merriam-Webster ushered in the Memorial Day weekend with an article on its website that called a hot dog (wait for it...) a sandwich.

The backlash was swift and strong. The website Eater, for example, firmly put itself on the side of “correct people who do not believe a hot dog is a sandwich.” According to another media source, Mashable, that pool includes 76% of the population, who answered in its Twitter poll that a hot dog indeed is not in the family of Reubens, muffulettas and sloppy Joes. Talk show host Jimmy Kimmel weighed in, saying that if a hot dog is a sandwich, then cereal is a soup.

Apparently, gone are the days when the dictionary declaring a thing a thing made it so. Which leaves me at a loss for a definitive answer to my question: What makes a restaurant a restaurant? In the olden days, I suppose I would have typed “restaurant” into merriam-webster.com (or—gasp—cracked open the hardcover) for a resolution. There, I would have learned that a restaurant is “a place where you can buy and eat a meal.”

Fools. Several of the fastest-growing “restaurant” chains in America today—ranked by Technomic in The Future 50 according to systemwide sales growth—barely fit this definition. Pressed Juicery, the No. 21 chain of The Future 50, has more than 50 units selling bottled cold-pressed juices and frozen vegan desserts, with hardly a seat among them. Snap Kitchen, the No. 4 chain in the ranking and the subject of this month’s Concept Makeover, does have limited seating in its units, but the brand is hyperfocused on grab-and-go. Billing itself as a “one stop healthy meal shop,” its menu (quote fingers) of boldly labeled, prepackaged meals is designed to compete as much with grocery stores as restaurants, its CEO has said.

They are part of a growing cadre of nontraditional restaurants stretching  the food-between-four-walls format. Also among that group: modern automat Eatsa, where customers interact with kiosks and LED screens to order and retrieve their meals, and delivery-only concepts such as Sprig, Maple and Ando, the latter two backed by restaurateur and chef David Chang of Momofuku fame. And what of Starbucks? The so-called express stores it opened last year in New York City are mere coffee hubs, designed for quick pickups, sans tables, chairs—and restrooms.

Merriam-Webster lists a secondary definition for “restaurant” that might help settle the debate: “A business establishment where meals or refreshments may be purchased.” This exercise in vaguery (not in the dictionary) opens up a whole new can of worms. What do we make, then, of stadiums and concert halls? Food trucks? School cafeterias? Should we now call these restaurants? This is hardly settled science. And yet, as foodservice operators look for ever more inventive ways to offer convenience and meet consumers where they are, the  definition is only certain to become more cloudy.

For the record, a hot dog is a sandwich—obviously. (Disagree? Let’s take it up on Twitter @RB_Magazine.)