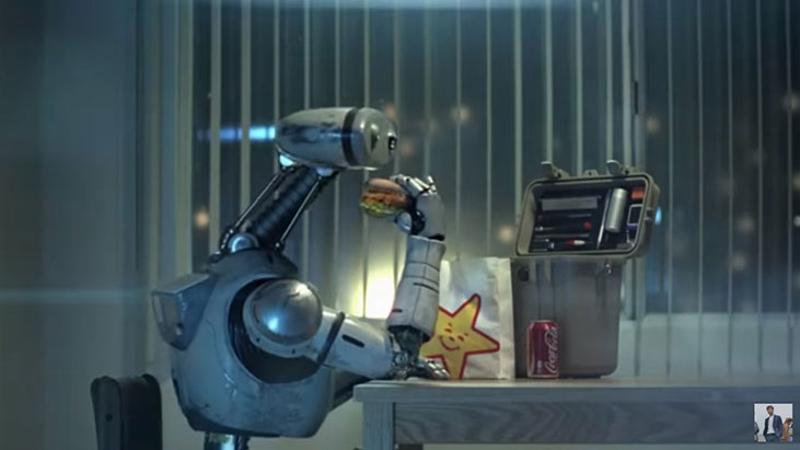 During the South by Southwest Interactive technology conference last month, I heard several speakers tout the humanlike capabilities of robots. I also heard, from futurist Kevin Kelly, how these kinder, smarter robots will take humans’ jobs, only they will be the kind of productivity-focused jobs we will be ashamed humans ever did.

As validation, a handful of restaurant chains in recent weeks have zapped out announcements about their own embrace of a robot-friendly workforce. Carl’s Jr. and Hardee’s CEO Andy Puzder said, after visiting Eatsa—a modern automat-style concept with two locations in California—that he is eyeing an all-robot-run restaurant someday. And Domino’s introduced the world to DRU, its pizza delivery bot that can carry 10 orders at a time, sending shivers down the spine of every teenager who’s dreamed of a future toting pies in the back of his parents’ hatchback.

One reason robots in restaurants now may be more than a fleeting blip on the radar is that modern robots and technology may be better suited to hospitality than ever. Max Levchin, the tech entrepreneur who co-founded PayPal, named human-assisted artificial intelligence as one of four unstoppable waves changing the world. He explained that AI can get us most of the way there, but when a question stumps the bots, there’s room for humans to be the tiebreaker. This only works, however, if humans act like humans, and not like robots themselves.

On a recent visit to a Dunkin’ Donuts drive-thru in my neighborhood, I quickly whipped out cash to pay for my order. Just as I took the change in my hand, my Dunkin’ app finished loading, revealing a coupon for $1 off. I showed the deal to the employee who still was closing the lid on my box of doughnuts, but he said it was too late; apparently, handing me back $1 or redoing it would have been too taxing on the system. Might there have been a more legit reason he couldn’t hand me a crisp Washington to honor the deal? Perhaps. But he didn’t even try to explain. He just sort of short-circuited at the whole idea of it all.

In contrast, when I visited Chipotle a week earlier to redeem the free burrito coupon it issued to its customers to coax them back into the restaurant after months of sales-busting food safety headlines, the experience was markedly better. When the cashier got confused or overwhelmed, given that nearly everyone in line had a coupon, a more experienced employee was standing by to make a split-second decision that both kept the line moving and the guest satisfied. And the words, “Sorry, we can’t...” never were uttered.

Most operators hold fast to the notion that there always will be a place in the frictionless transaction for a human touch, be it to help customers navigate technology, answer questions or make recommendations. But these experiences are a reminder that people aren’t necessarily more hospitable just because they’re warm-blooded. It’ll take training to ensure that employees indeed add value—and not just a voice—to the interaction.