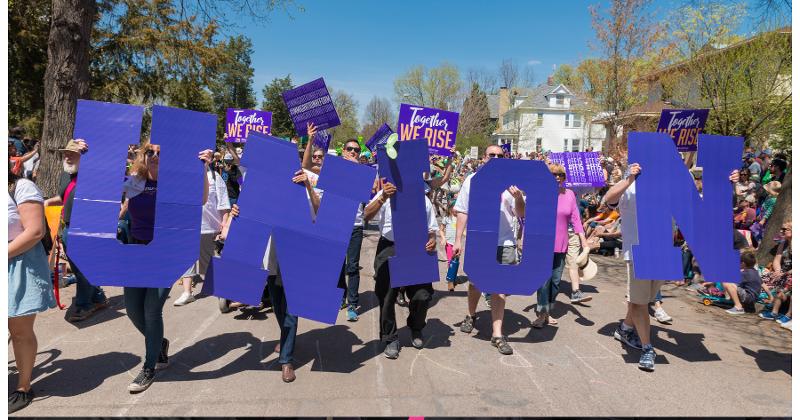 The digital toolkit addresses what to happen is this is outside your window. / Photograph: Shutterstock

As part of the Biden administration’s effort to facilitate unionization, several federal regulatory and administrative agencies have collaborated on a first-of-its-kind guide for restaurateurs and other employers who learn their workers intend to organize.

The digital toolkit, as the co-producers call it, is not a pitch for encouraging workers to unionize. Rather, it reviews employers’ rights and obligations in contending with an organizing effort. The  information covers how to keep the process amicable and legal, but does not go into the defenses employers can use to derail a union drive.

The overall goal, according to an announcement issued by the contributing participants, is to “promote benefits of equitable labor-management partnerships.”

“Worker interest in forming unions is higher than we’ve seen in decades, and this resource will be an important tool in helping employers respond positively to worker organizing campaigns,” U.S. Department of Labor Secretary Marty Walsh said in the announcement.

The Labor Department is one of the agencies that created the tutorial. The other producers were the U.S. Small Business Administration, the National Labor Relations Board and the U.S. Federal Mediation and Conciliation Service, an agency charged with resolving labor disputes.

The announcement described the collaborative effort as “historic.”

It grew out of the executive order President Biden issued in April 2021 to create the White House Task Force on Worker Organizing and Empowerment. The task force’s mission is to identify ways of boosting union membership.

The president has been a steady proponent of unionizing more of the 60 million workers who are not part of an organized labor group. He has championed the use of collective bargaining to raise more working-class families into the middle-class income bracket.

The restaurant industry has lately been fertile ground for advances by organized labor. An affiliate of the Service Employees International Union has organized more than 200 Starbucks branches in the last 13 months, while the Brotherhood of Teamsters are hoping the unionization of a Chipotle unit in Michigan will prove a beachhead for penetrating that chain.

In addition, the SEIU logged a historic victory in California this month with the passage of the Fast Act, a first-of-its-kind law that gives fast-food workers the means to weigh in on their wages, hours and working conditions.

A day later, the National Labor Relations Board began the process of redefining when the franchisors can be held responsible for the employment policies and practices of their franchisees. The labor regulator intends to greatly  broaden the definition of “joint employer,” an effort that could obligate franchisors to observe collective bargaining agreements negotiated between a union and franchisees.

The digital toolkit can be accessed here.