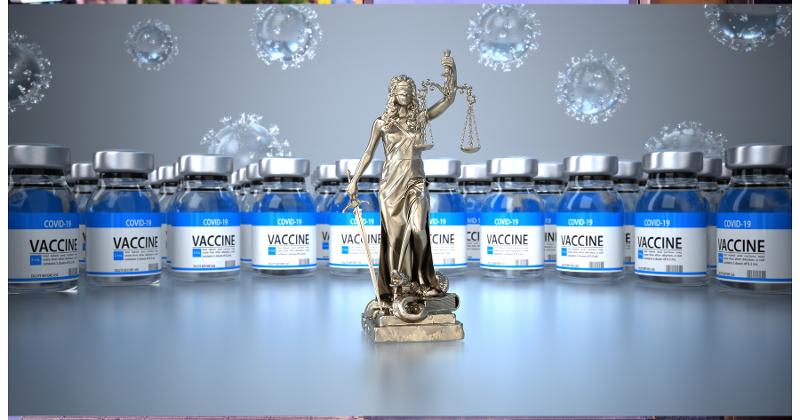 The Biden administration indicated it will push employers to voluntarily require vaccination or regular testing of all their workers following the Supreme Court’s derailment Thursday of a federal requirement that the protective measures against COVID be adopted by large companies.

Although the mandate could be kept alive by the U.S. Appeals Court of the Sixth Circuit, that turn of events would be extraordinary. The Supreme Court noted in its decisions blocking enactment of the employee vaccine mandate that it expects the Appeal Court to agree with the higher court’s ruling that the requirement was an overreach.

“Regardless of the ultimate outcome of these proceedings, OSHA will do everything in its existing authority to hold businesses accountable for protecting workers,” Secretary of Labor Marty Walsh said in a statement issued about two hours after the Supreme Court’s 6-3 decision was handed down.

“We urge all employers to require workers to get vaccinated or tested weekly to most effectively fight this deadly virus in the workplace. Employers are responsible for the safety of their workers on the job, and OSHA has comprehensive COVID-19 guidance to help them uphold their obligation,” his statement read.

The Supreme Court said it blocked adoption of the vaccination mandate in part because the requirement would apply indiscriminately to an estimated 84.2 million workers. “Most lifeguards and linemen face the same regulations as do medics and meat packers,” the unsigned main decision read.

What’s more, the measure affects the lives of workers outside of their jobs, which the court saw as an overstep by OSHA, which was empowered by Congress some 50 years ago solely to address workplace issues. The court’s decision tartly noted that those employees who do not favor vaccination but nonetheless roll up their sleeves to keep their jobs could not be un-vaccinated when their shifts end.

Walsh’s statement obliquely addressed the court’s objections about one requirement applying to every sort of business employing at least 100 people. He cited a directive that was issued without challenge by OSHA—the Occupational Safety and Hazard Administration—last summer. That guideline alerted OSHA field offices that extraordinary safety measures could be expected from businesses whose workers were at an elevated risk of contracting coronavirus.

That statement, coupled with the language in the Supreme Court’s decisions, prompted legal analysts to note that a vaccination mandate focused on particular industries could be adopted by the Biden administration without evoking a no-go from the court.

But the Department of Labor has yet to go beyond blasting the court’s decision.

“I am disappointed in the court’s decision, which is a major setback to the health and safety of workers across the country,” Secretary Walsh said. “OSHA stands by the Vaccination and Testing Emergency Temporary Standard as the best way to protect the nation’s workforce from a deadly virus that is infecting more than 750,000 Americans each day and has taken the lives of nearly a million Americans.”