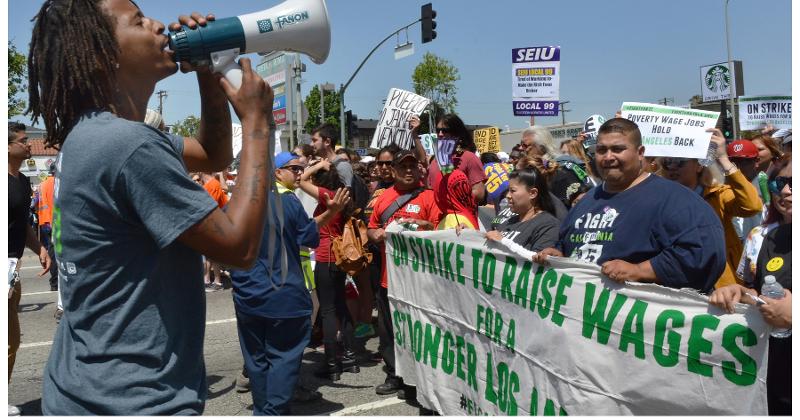 Proponents of a bill that would give California’s fast-food workers a significant role in setting their own pay have agreed to cap the initial minimum wage set under the new process at $22 an hour.

The minimum allowable wage for quick-service workers in the state would rise every year after 2023 by 3.5% or the rate of change in the federal Consumer Price Index, whichever is lower.

Advocates of the controversial legislative proposal, known as the Fast Act, have also dropped a provision that was particularly worrisome for quick-service franchisors. Prior to Thursday, the bill called for classifying the licensors as joint employers of their California franchisees’ staffs, a shift they feared would make them the incessant targets of lawsuits filed by staff members with a gripe about their franchised employers.

The franchisor community had warned that they would likely cut back or cease franchising within the state if the law passed as is.

But the designation of franchisors as joint employers of their franchisees’ staff was excised from the bill.

The changes were among the most significant amendments made in the Fast Act this week as it moves quickly toward a Senate vote, which needs to take place by Aug. 31 if the measure is to pass this legislative session. It has already been passed by the state Assembly, though not in the version that state Senators are currently considering.

The amended version includes a number of provisions that address opponents’ frequent and loud objections. The applicability of the law, for instance, was narrowed to restaurant brands with at least 100 units nationwide. Previously, any system with at least 30 branches would have been obliged to conform.

One of the major changes addresses employers’ fears that labor would have a louder voice than theirs when wages are set. The key provision of the Fast Act is the creation of a council that would henceforth determine pay rates and workplace conditions for fast-food employees. Originally, that panel was to consist of 13 people, with two seats reserved for fast-food workers, two more for union representatives, two for franchise employers and two for restaurant franchisors. The other seven places would be filled with state regulators.

Opponents groused that the setup put employers at an extreme disadvantage because regulators in a progressive state like California would likely be pro-labor.

The amended bill cuts the size of the committee to 10 members by eliminating many of the regulators’ seats.

It also excludes scheduling from the committee’s scope. The council could not set an outward date by which fast-food schedules would have to be finalized.

In addition, the bill redefines “fast food” to exclude establishments that bake bread on-premise for sales by the loaf as well as for use in sandwiches. The current language suggests that Panera Bread and other bakery-cafe concepts that sell bread for at-home consumption would be excluded.

A carve-out is also provided for some unionized fast-food places. If a collective-bargaining agreement has set a store’s wages at 30% or more per hour than California’s pay floor, the council’s wage standard does not apply.

Many of the amendments to the Fast Act seem aimed at the concerns of employers. But those concessions haven’t sapped fast-food chains’ opposition.

The International Franchise Association (IFA), a trade group for the franchise community, slammed the changes  as “lipstick on a pig.”

“While removing the joint employer provisions is a positive, the only way to prevent the damage this bill will cause to consumers, employees and small businesses is to reject it completely,” association CEO Matt Haller said in a statement.

The IFA cites research that found the act could drive up menu prices by as much as 40% and result in a 20% jump in food prices overall.

A coalition called Stop AB 257, a reference to the Fast Act’s bill number, has blasted the measure as a tax bill masquerading as a protection for fast-food workers. The group has hired skywriters to call the public’s attention to the proposal by posting teasers in the clouds.