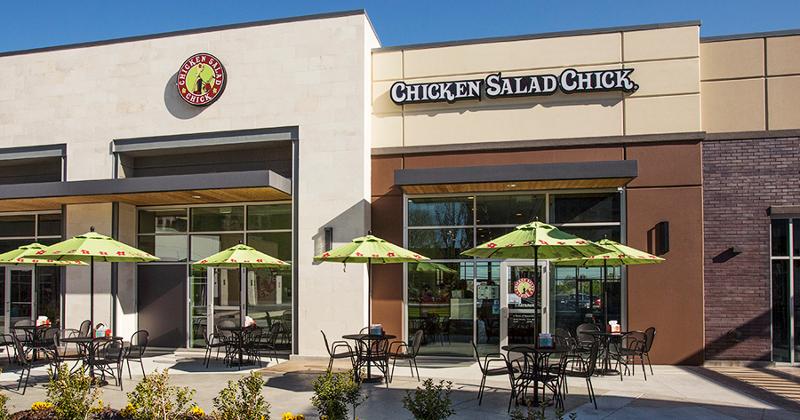 Fast-growing fast-casual chain Chicken Salad Chick is moving its headquarters from Alabama to Atlanta in the coming months, the restaurant announced Tuesday.

Moving to Atlanta will better position the brand for growth, CEO Scott Deviney said in a statement.

“Atlanta has always fostered a nurturing business environment for companies to kickstart their growth,” Deviney said. “This relocation positions Chicken Salad Chick to scale at an accelerated rate and meet aggressive growth goals, while allowing us to broaden our vision for the future. We’ve seen increased interest from Atlanta’s diverse and talented workforce, and the city’s airport allows us swift access to prospective vendors and a growing pool of interested franchisees.”

Chicken Salad Chick was founded in Auburn, Ala., in 2008.

The new headquarters will house about 40 current and new employees, with 17 Auburn-based corporate workers expected to move to Atlanta from now until May. Remaining positions will be filled by Atlanta-based restaurant workers.

Chicken Salad Chick hired about a dozen corporate positions in Atlanta during 2020 to manage the brand’s rapid growth through the Southeast and Midwest. The chain promoted three Atlanta-based executives to the C-suite, including Jim Thompson as chief operating officer, Terry McKee as chief development officer and Tom Carr as chief marketing officer. The company also added directors of marketing and supply chain, as well as a vice president of human resources and director of operations for the Atlanta market.