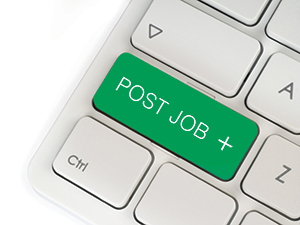 She reached about 60 percent of FRG’s front-of-house employees, including servers and bartenders, by placing ads on the restaurant and hospitality job boards on Craigslist, which she calls “very robust and successful” in attracting such help. At an average of $25 per posting, the effort yields handsome returns, says Vileno, whose average monthly budget for filling positions ranges from $300 to $500. It’s money well spent, she believes, particularly for front-of-house candidates who she suspects are more apt to engage online resources based on factors such as education level.

On the other hand, FRG has had little luck hiring kitchen help with those same tactics, nor has it had much luck through its website, where the open positions also are listed on a dedicated page, Vileno says. Rather, she saves money by not advertising these positions, relying instead on word-of-mouth referrals from the restaurant’s top kitchen employees.

Least effective for Vileno has been social media. While younger managers may use sites such as Facebook, Twitter or Instagram to identify potential hourly employees, Vileno finds those hires have less-than-average tenure rates. She’s also found that the bulk of those applicants is unemployed, cyclically employed and job hopping, or spending inordinate time on social media but not for job searching. To her, it’s a red flag given that salaried, hourly jobs in the industry aren’t difficult to score when candidates “smart search” to find a job matching their talent or potential.

Meanwhile, TJ Schier, president of S.M.A.R.T. Restaurant Group, a multiunit franchisee of Which Wich operating in Flower Mound, Texas, recently launched his own social-recruiting effort. He enlisted a third-party service to help post and tweet job openings for hourly employees, supervisors and managers. The group tweets the jobs and the links go back to S.M.A.R.T.’s Twitter and Facebook job pages or to the application on its website; there the company can tell its story more fully than it would in small ads, says Schier. “We’ve been looking for [ways to expand our visibility and explain] the advantages of working for us,” he says.

S.M.A.R.T. hasn’t used paid ads or promoted posts, Schier says. As a small employer with less than $200 a month for recruiting, he’s testing the reach and breadth of such services to generate a heavier applicant flow. While it’s too early to quantify the initiative’s success in finding the “right-fit” candidates, Schier, with stores in Dallas and Houston, reports a significant spike in applications.

Ultimately, Schier believes the process comes down to ascertaining which platforms are most effective for your business. “You need lots of hooks in the water and to experiment with different baits. Stay in front of as many people as you can within your budget constraints,” he says. “If we stick with a particular ad, we might miss a lot of people who never see it.”