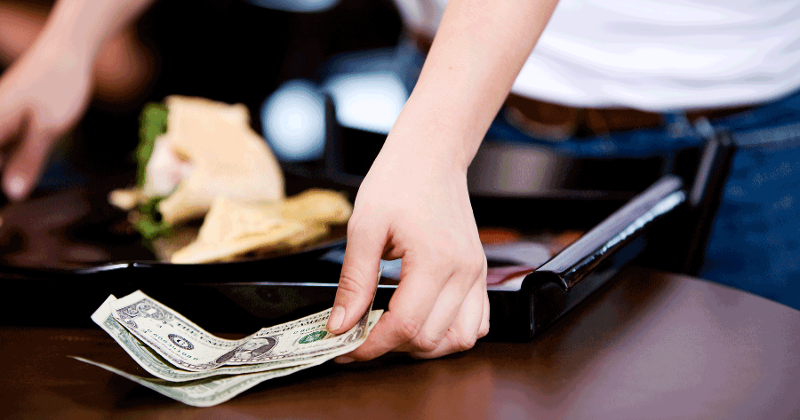 The U.S. Department of Labor (DOL) is proceeding with the Trump administration’s proposal to allow back-of-house workers to share in tip pools if their employers don’t use a tip credit, starting May 1.

The department also re-affirmed its decision under Trump to prohibit any employer from sharing in employees’ tips.

The announcements follow a decision by DOL last month to hold off on scuttling the so-called 80/20 rule, the longstanding but flawed way of determining when servers and bartenders must be directly paid the full minimum wage instead of having tips count as a portion. DOL says it needs more time to reassess the replacement of the rule with an informal test that appeared to be an easier gauge.  The new criteria allows a tip credit to be used for side work if the non-tipped activities occur while a server is on the floor to wait tables, or right before or after serving guests.

The switch to that gauge had been set by the Trump administration to take effect March 1, but the Biden administration said it would postpone adoption for at least two months to further consider the change.

The 80/20 rule has been widely used by servers and other tipped employees as the basis for lawsuits seeking back pay. The actions typically argue that the plaintiffs should have been paid a full minimum wage directly by their employer because their non-tipped activities exceeded 20% of their shift times. The suits often noted that minute-by-minute records of a tipped employees’ work are rarely kept.

There is also ambiguity about what constitutes untipped work. Does clearing and resetting tables count, even if a faster turn means more tips for the server handling those stations?

The industry has sought a relaxation of tip-pooling regulations because of a significant gap in the compensation of front-of-house and back-of-house workers, a situation that can make recruiting for kitchen jobs excruciatingly difficult. Back-of-house workers work for a straight wage that typically falls far below the combination of wages and tips that servers and bartenders take home.

The new DOL rule applies only to employers who don’t use a tip credit, a concession that allows them to count gratuities as a portion of tipped employees’ pay. Seven states—including California, the nation’s largest restaurant market—don’t permit the use of a tip credit. In the other 43, some restaurants have tried to bring front and back-of-house wages into alignment by dropping tips altogether and charging customers a service fee.

Unions and labor advocacy groups such as One Fair Wage are pushing hard for outlawing the tip credit on a national basis, a move that could exponentially increase servers’ pay and restaurants' labor costs.

In a survey by Restaurant Business, 27% of tip-credit users say their businesses would be unsustainable if that concession was disallowed, and 22% said they’d be forced to recast their business to eliminate tipping. About 45% said an end of a tip credit would widen the pay gap between kitchen and dining-room workers.