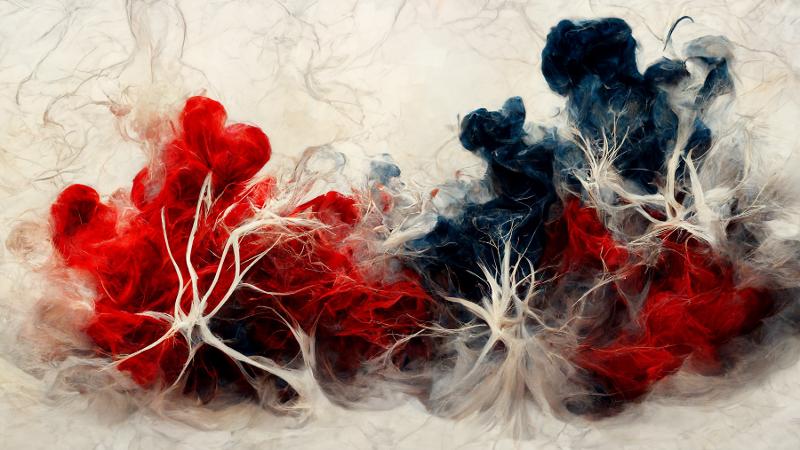 As state and local authorities have cracked down on prescription opioid abuse, another, more serious problem has taken its place: Fentanyl.

Typically created in labs in China, Mexico or India and then illegally imported into the U.S., the synthetic drug has conspired with the pandemic to create a spike of overdose deaths throughout the country. And restaurants are ground zero. Consider:

Two men were found dead in a storeroom at a steakhouse in New Haven, Conn.;

Six restaurant workers in a small town in New York died when they took cocaine laced with fentanyl;

Five people died from a fentanyl overdose in a single apartment in suburban Denver earlier this year, three of whom worked for a local steakhouse.

Throughout the country, restaurants and bars are such common places for overdose deaths among customers that advocates are training bartenders and servers to administer Narcan, a medication used to treat opioid overdoses. They are also becoming sources for fentanyl test strips so customers can see if the drugs they’re taking are laced with the powerful drug.

“Fentanyl is easy to manufacture, and in very small quantities it is very intense,” said Marc Turner, CEO of the Gateway Foundation, a drug and alcohol treatment program based in Chicago. “It’s easy to transport and be brought in. And fentanyl is deadly.”

Overdose deaths have soared over the past two years. More than 100,000 Americans died of a drug overdose in 2021, and more than 70% of those involved fentanyl, according to the U.S. Centers for Disease Control and Prevention.

And restaurants, where workers are more prone to addiction and where many customers get and use their drugs, are ground zero.

The modern opioid crisis has its roots in a combination of good-intentioned pain treatment, profit-pushing corporate decisions, nefarious doctors and pharmacies and, eventually, the illegal drug trade.

People have been getting addicted to painkillers for centuries. The use of opiates like morphine spread so rapidly in the 1800s that the federal government finally stepped in to regulate them in 1914.

Opioids are a class of drug made from opium poppy plant that block pain signals to the brain. Prescriptions for them soared in the 1990s, in part because of a greater focus among doctors and hospitals for the treatment of pain. State boards and federal agencies lowered regulatory scrutiny over opioid prescribers, according to a 2018 report in the journal Pain & Therapy, which gave doctors more freedom to write prescriptions for painkillers.

Pharmaceutical companies, meanwhile, began aggressively marketing their opioid medications around the same time, often while underplaying just how addictive their products were. Use of such medications soared. So did abuse.

In 2020, Purdue Pharma, the maker of the opioid OxyContin, pleaded guilty to marketing its drug to health providers the company knew were diverting opioids to abusers, and for violating rules by providing kickbacks to doctors for writing more prescriptions. It would ultimately file for bankruptcy and agree to pay the federal government $8 billion.

But the damage was done. Overdose deaths from prescription opioids rose from more than 3,400 in 1999 to more than 17,000 in 2016, when states began cracking down on prescriptions. In 2017, the U.S. Department of Health and Human Services declared opioids a public health emergency.

Opioids are highly addictive. A user can become physically dependent on the drug after just a couple of weeks. And some doctors were handing out prescriptions for a full month. And then pill mills emerged in which bad doctors and pharmacies wrote and filled prescriptions by the hundreds.

That created a massive market of people addicted to painkillers. And when it became difficult to get prescriptions, drug cartels in Mexico took over.

They made fentanyl, a synthetic opioid 100 times more potent than morphine and 50 times more powerful than heroin. It was developed in 1959 and used as an anesthetic. These days, it is used to help patients suffering from severe pain and is given in the form of lollipops, patches or sprays.

It is also cheaper to make fentanyl than it is to make other drugs. Cartels in Mexico have been making the drug in secret labs using chemicals they purchase from China. They then export these drugs into the U.S., often in small blue pills that resemble prescription drugs and increasingly in multi-colored pills known as “rainbow fentanyl.”

“With heroin, it comes from the poppy plant and you need to farm it,” said Geri-Lynn Utter, a licensed clinical psychologist and author of the book “Mainlining Philly: Survival, Hope and Resisting Drug Addiction.” “Fentanyl is a lot cheaper.”

They also have an easy and cheap way to market this drug, thanks to the proliferation of social media. “There’s no more dangerous place in the United States of America for a young person, 18 to 45 right now, than social media,” DEA Administrator Anne Milgram told CBS Mornings recently.

The most troubling aspect of fentanyl is that many users think they’re taking something else. But because fentanyl is so cheap and powerful, many dealers will lace other drugs with it. So, a person may think they are taking cocaine, heroin, a prescription opioid or even diet pills. But instead, they’re taking fentanyl.

And even the tiniest amount of fentanyl can kill a person.

“They don’t have to be shooting dope to be overdosing from fentanyl,” said Garon Schnepel, a recovering alcoholic who works at an independent restaurant in Illinois. “People are cutting their cocaine from that. You don’t expect to die from doing one line of coke.”

And thus, we have the fentanyl epidemic in the U.S. More than 3 million Americans are currently living with opioid-use disorder and millions more are in recovery, according to a report last year from the Commission on Combating Synthetic Opioid Trafficking.

“It really is incredibly dangerous for somebody to be taking any kind of drug these days,” said Kim Lopdrup, the retired Red Lobster CEO who is on the board at Project Opioid, a Florida-based group that works to educate community leaders on the opioid crisis.

The fentanyl epidemic is particularly troublesome in the restaurant industry given the generally high rate of drug use among workers. Restaurant work is notoriously intense. The hours are long and late, and employees are on their feet all day. They often get hurt on the job and can turn to painkillers, legal or otherwise.

Restaurant workers have more than three times the average rate of drug overdose deaths. Only construction workers have it worse.

“After 16 hours on the job, now they’re like, ‘I just want to chill,’” Utter said. They may take one pill to unwind, she said, and end up with fentanyl. “You don’t know what you’re getting,” she said. “It’s like playing Russian roulette.”

Other groups are training bartenders, human resources departments and managers on how to administer Narcan in a suspected overdose.

In Orlando, CareerSource Central Florida, a regional workforce development agency, works with Project Opioid to train human resources professionals and others to administer Narcan in suspected overdose cases. Orlando is home to a massive hospitality industry.

She likened the training to keeping an automated defibrillator on site. “You have an AED at your workplace,” King said. “You train your staff in first aid. Some places keep EpiPens. Narcan only works if you have an opioid in your system. If I use it on a 15-year-old, it is still appropriate. But it’s a resource available that can save someone’s life. It gives the minutes you need for first responders to come.”

The Commission on Combating Synthetic Opioid Trafficking, which issued a 148-page report on the problem last year, noted the “impossibility” of combating the problem simply through cutting off the supply of drugs. Drug cartels are too powerful and manufacturing the drugs is too easy and profitable. The report suggested expanding treatment, raising public awareness and taking steps to prevent fatalities.

“Failure to intervene in ways that appropriately reduce demand and decrease the risk of fatal overdose will almost certainly result in the deaths of hundreds of thousands more Americans and will imperil the country’s economic and social well-being,” the report said.

The challenge for some, however, is time. One suggestion several advocates gave to operators is to simply ensure their workers can take the time to get right. “I would recommend any restaurateur to make time available for any employee to go and get help,” Schnepel said.

Under Lopdrup, Red Lobster put together a program based on input from experts and employers that focused on prevention, including educating employees. The company’s health plan featured an opioid management program that detected if a person was getting an opioid prescription to ensure they weren’t getting too many.

The company was also able to get doctors to switch to nonaddictive painkillers that work just as well in some cases. Or they were able to reduce the number of days for which an opioid was prescribed to reduce the likelihood that the patient would get addicted.

The restaurant chain also added confidential counseling services, even if they weren’t on the company’s health care plan and provided coverage for medically based treatment. Lopdrup said Red Lobster shared results, which led to improved outcomes on addiction, with other employers and its insurer.

“Any large employer will have some employees that are dealing with these issues,” he said. “The truth is, it’s probably worse than you realize.”

Lopdrup was interested in the topic, in part because he had a friend who died from an opioid overdose. That friend was the CEO of a company. “The people you would never have thought would have a drug problem, like the CEO of a company, I’m guessing that he was just following doctor’s orders and got addicted,” Lopdrup said. “Or he would end up buying something with fentanyl in it.”

That’s the thing about the fentanyl crisis. A person can become addicted after taking painkillers while recovering from surgery. Or they could inadvertently take some when they decided to get high after work one day.

The drug is such a brutal killer, and its use is so widespread and the deaths so numerous, that it can affect anybody.