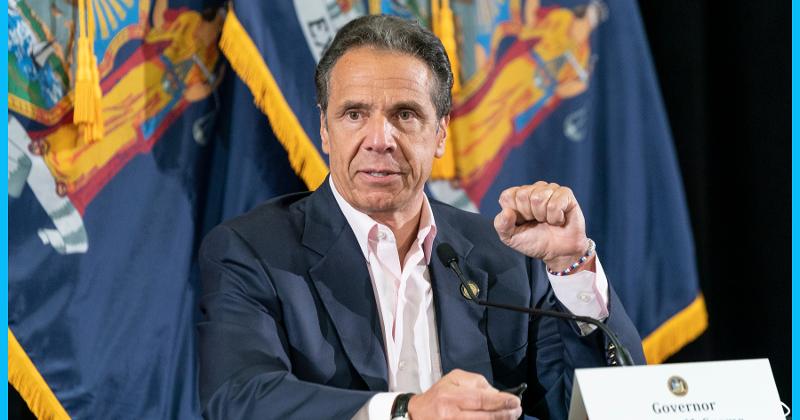 State governors, it turns out, do have a heart.

With the spread of coronavirus finally slowing, several state chiefs have surprised their restaurant constituents by going further than expected in easing restrictions on dining out.

New York Gov. Andrew Cuomo may be getting a few Valentine’s Day cards this week from operators in New York City, a group that usually spits in contempt at the mere mention of the state chief’s name. In a surprise move, the Democrat decided to let restaurant dining rooms in the Big Apple reopen on Friday instead of Sunday, a concession that will provide the hard-pressed market with two more nights of Valentine’s Day celebrations.

Restaurants there can put 25% of their indoor seating back into use. The interior tables and chairs have been mothballed since Dec.13.

Super Bowl revelers in New Jersey, for instance, learned right before the big weekend that they would no longer have to worry about downing their drinks by 10 p.m. Gov. Phil Murphy dropped the curfew on Friday when he simultaneously allowed restaurants to seat more customers. The cap on dine-in capacities was raised to 35%, from 25%, an apparent concession to places that intended to air the big game.

In a concession to restaurateurs and consumers in Massachusetts, Gov. Charlie Baker has raised the capacity limit on indoor dining to 40% of total interior seating as of today. He discontinued a 9:30 p.m. curfew on restaurants about 11 days ago.

Restaurateurs in Iowa are praising their governor, Kim Reynolds, for easing a batch of restrictions as of Super Bowl Sunday. Guests and staff no longer have to wear face masks, and limits on the size of gatherings were lifted. Yet the governor kept in place a suspension of the laws that permitted to-go alcohol sales.

Cuomo's decision, announced Monday, was lauded by New York City's restaurant industry, which has been sharply critical of the governor for allowing restaurants elsewhere in the state to open long ago at 50% of their dining room capacities.

“We commend Gov. Cuomo for permitting indoor dining to resume in New York City on Friday, instead of Sunday the originally scheduled date," Andrew Rigie, executive director of the New York City Hospitality Alliance, said in a statement. "This will allow restaurants to generate much-needed revenue from the Valentine’s Day weekend business, much of which they would have lost because the holiday falls on a Sunday this year. The advanced opening and better health metrics are welcome news to the city’s decimated restaurant industry and to lovers alike.”

“Brooklyn restaurants and industry workers are surviving by a thread, and with COVID-19 cases and hospitalizations declining across the city, we’re supporting Gov. Cuomo’s decision," Randy Peers, CEO of the Brooklyn Chamber of Commerce, said in his prepared statement. "Many Brooklynites will now be able to celebrate the holiday at a restaurant earlier in the weekend, providing a few days’ head start for struggling small businesses and workers."