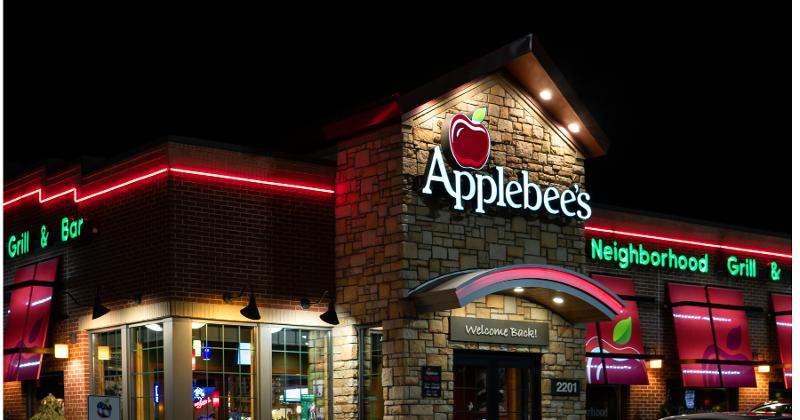 Applebee's is drawing fire over its use of the tip credit. / Photograph: Shutterstock

A union-backed group dedicated to killing the tip credit said it will commence a campaign Wednesday to pressure Applebee’s restaurants into discontinuing their use of the concession to employers.

One Fair Wage said it will hold simultaneous demonstrations Wednesday outside Applebee’s units in New York City and Chicago to protest the chain’s employment practices in general. The group, an affiliate of the Service Employees International Union, or SEIU, said the pressure campaign will be aimed at the casual dining chain’s franchisor, Dine Brands Global.

The publicly owned company does not run any of the chain’s roughly 1,600 stores. The system is operated by about 30 franchisees.

One Fair Wage indicated in a press alert that employees of Applebee’s stores will deliver letters of complaint to Applebee’s managers during the Wednesday demonstrations. The communications criticize the brand for routinely understaffing and warn that the employees will go public with their complaints unless management agrees to meet with them.

The letters also mention the possibility of seeking legal action, though it’s unclear if that’s a reference to filing a lawsuit or making a complaint to the National Labor Relations Board, a federal watchdog of employment practices.

The labor group has mounted campaigns in the past to pressure large full-service restaurant operations into dropping the use of the tip credit, almost invariably without success. Those targets have included Darden Restaurants, the parent company of Olive Garden and LongHorn Steakhouse.

Forty-three states allow the employers of regularly tipped employees to count the workers’ gratuities as part of the minimum wage their due. Under federal regulations, for instance, a restaurateur has to pay only $2.13 of a server’s $7.25 minimum wage if weekly tips account for the remaining $5.12 per hour.

Unions have blasted the convention as a legal way of cheating servers and bartenders out of getting the full minimum wage. They refer to the lower direct wage paid to tipped workers as a subminimum wage and have flagged the discrepancy in hopes of bolstering public outrage over the tip credit.

That tactic led to a vote by residents of the District of Columbia on Nov. 8 to kill the jurisdiction’s tip credit via a ballot referendum.

Correction: An earlier version of this story erroneously reported that Dine Brands ran some Applebee's units. In fact, the chain is 100 franchised.