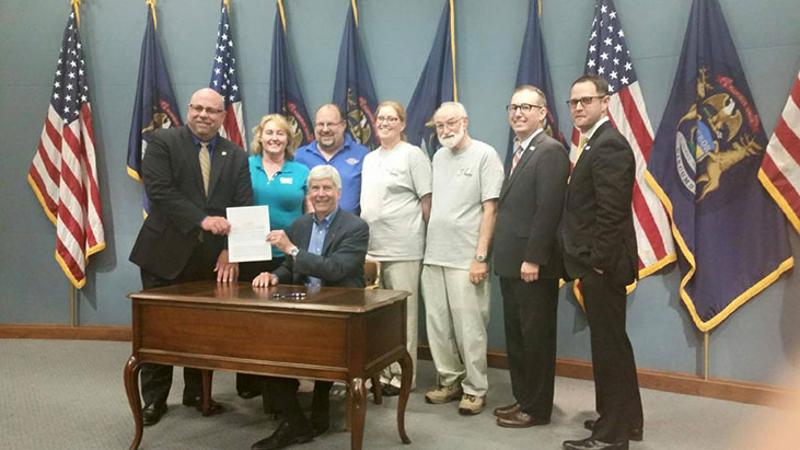 With other restaurants whimpering about labor costs, Passport Pizza knows how sweet it is to be paid for hiring talent.

Passport participates in U.S. Department of Labor-funded programs that reward employers for hiring individuals who are adjudged difficult to employ. Those candidates could be people looking for a fresh start after leaving prison. Or a former military person recovering from war experiences. In still other instances, they’re single moms who’ve been out of the workforce for an extended period.

The chain works with a local program called Michigan Works to reap the rewards. In each instance, Michigan Works and Passport negotiate a contract for a hire. Sometimes the payback for Passport is up to 200 hours of training provided through programs affiliated with Michigan Works. In other instances, the service rebates half the new employees’ wages—up to $4,600 in some situations, $2,400 in others.

“What [the administrators] look for are jobs that will help them achieve a certain stature in life,” says LaTour. “So they want them to be management trainees, or administrative assistants. They don’t want you to hire someone to make pizzas.”

The employer has other obligations, but LaTour says they’re negligible. “All you have to do is agree to pay at least $10 an hour and schedule the person for at least 32 hours per week” for the time period agreed upon in the contract, she says.

The operation has hired 20 people through those routes in the three years it’s collaborated with Michigan Works. “We’ve had about 40%, 50% who have stayed for a longer period of time,” says LaTour. “For others, we were able to launch them into a career of choice, once they’ve proven themselves by having a job with us.”

She cited the example of an ex-convict who pursued a career as an electrician after proving through his employment with Passport that he could hold a job.

Managing those hires is no different from handling any other employees, says LaTour.

“We treat them no differently,” she says. “They’re not going to steal from you. They’re more loyal, because they appreciate that where they are is better than where they’ve been and what they’ve gone through.”

Neither the staff nor customers are told who was hired in collaboration with Michigan Works.

“You get paid for doing the right thing,” says LaTour. “That’s what restaurants do. We’re hospitality. We take people and build them up.”

She’s quick to stress that virtually every restaurateur in has access to programs like Michigan Works. “Every city, every county,” she says. “Wherever your unemployment office is, they’ll have similar programs.”

Passport’s commitment to the community earned it a Restaurant Neighbor Award from the National Restaurant Association in 2014.