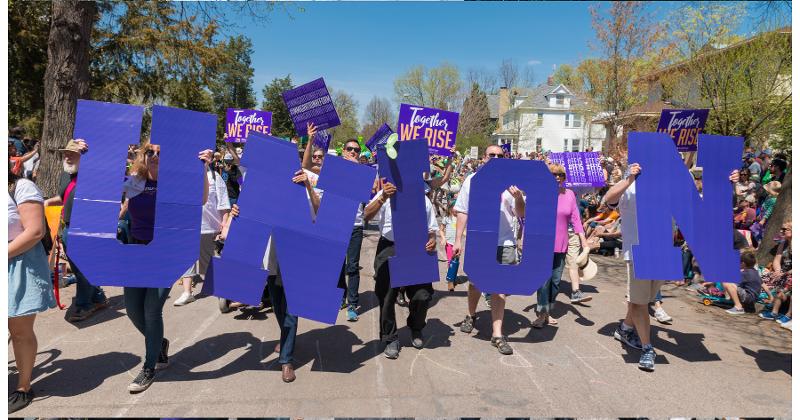 The new group will include workers across several service industries. /Photo: Shutterstock

The union behind the push for a $15 minimum wage and collective bargaining at Starbucks is forming a new union specifically for restaurant employees and other service workers in the South.

The Service Employees International Union, or SEIU, said the new group is reaching beyond the fast-food business to include workers from retailing, healthcare and warehouses.

The broad scope will not only swell membership in the Union of Southern Service Workers, and thereby boost its political clout, but also keep individuals in the group if they should move from one field to another.

“We need a union that reflects the reality of our lives,” Beth Schaffer, a gas station cashier and Checkers drive-thru employee, said in a statement. “We are building our union like this because it’s the most effective way to express our power.”

The SEIU specifically mentioned the possibilities of having Amazon and Apple employees within the fold. Workers at those corporations have been pushing to organize, along with hourly staff members at Home Depot and REI, the outdoor-activities outfitter.

The strategy veers from the approach taken by other restaurant groups operating under the umbrella of the SEIU, the nation’s second-largest labor union. Those affiliates include Fight For $15 and a Union, which focuses on the fast-food business; One Fair Wage, a group looking to discontinue full-service restaurants’ use of a tip credit; and Starbucks Workers Union, a subordinate group that has led the unionization of about 160 of the coffee chain’s branches.

The Southern union’s stated objectives are nearly the same as the goals being pursued by Starbucks Workers Union:

The launch of the new cross-industry union comes as SEIU explores other ways of bolstering its lobbying and organizing clout. The group is part of the Strategic Organizing Center, an alliance of Communications Workers of America and United Farmworkers of America.  The Center recently accused Starbucks of misleading shareholders by using funds left on gift cards to sweeten the company’s quarterly financial reports.

The Center is also pressing shareholders of big fast-food chains to accept and work within the fast-food wage-setting process that will take effect in California next year under the Fast Act. The SEIU lobbied intensely to put the new system in place. It breaks new ground by giving employees and union representatives a significant role in setting the wages of workers employed by big fast-food chains.