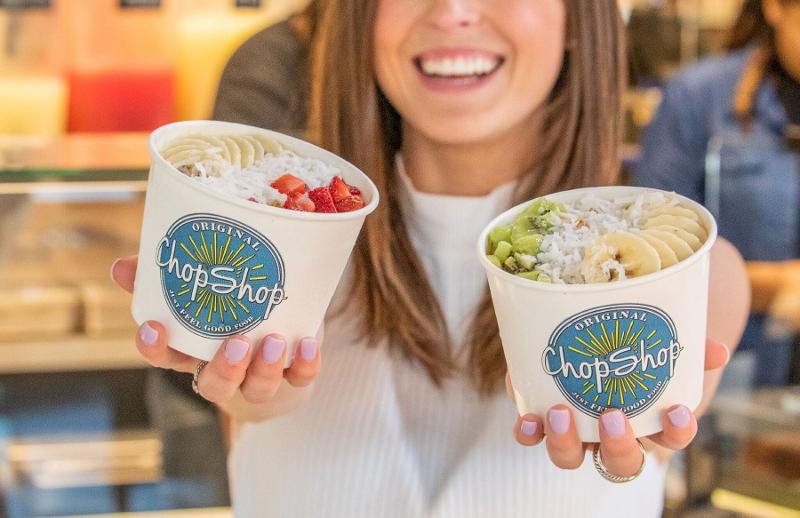 Sixteen-unit fast casual Original ChopShop is trying a new tactic when it comes to recruiting workers: It’s enlisting customers to do some of the hard work amid an historically tight labor market.

The Dallas-based concept recently started offering $50 in food credit to diners who refer someone who becomes a new hire. It’s a novel twist on the popular practice of offering internal referral bonuses, CEO Jason Morgan said.

“We’ve just been pushing and pushing to get more people into the funnel,” Morgan said. “One of the great things about being a small company is you can be pretty nimble. You can make mistakes, too, and pivot and make changes.”

ChopShop launched the referral program about two weeks ago—too soon to tell if it’s a hit.

The chain started out offering $25 in food credit via its app to customers who filled out an online referral form that led to a new hire. It just bumped the bounty up to $50.

“When you’re giving away food, you’re only giving away really the food costs,” Morgan said. “Our net cost is really only 30% of that. It’s too early to tell what’s happening. We’ve seen several referrals come in.”

Morgan noted the chain’s fans know the company best and would potentially be good recruiters.

“I’m really encouraged by the concept of having customers refer people,” he said. “Labor’s a big issue right now in the restaurant space. We’re trying to find new ways to recruit.”

Original ChopShop, which serves protein bowls, chopped salads, sandwiches, acai bowls and more, needs more workers as it intends to open eight new locations by the end of next year.

The chain has seen a 33% increase in same-store sales so far this year over 2019’s numbers, Morgan said. Right now, both managers and hourly staffing levels are at about 90%, he said.