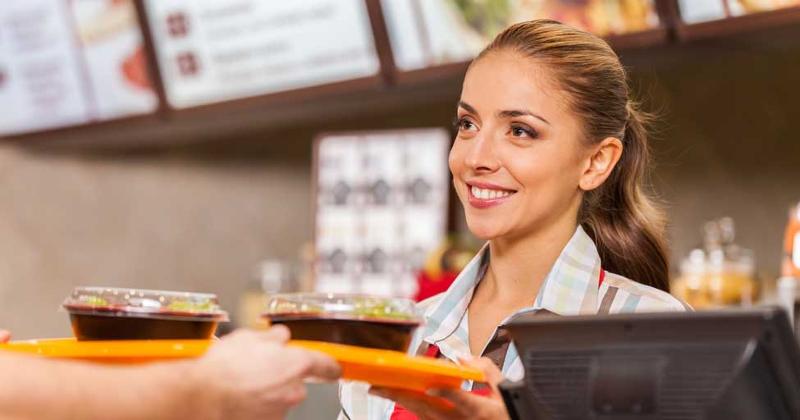 Imagine having 100 percent turnover, where no one in your restaurants lasts a year. Many brands deal with this, but others have surpassed this theoretical limit with turnover higher than 100 percent. This means the people they hire replace those who left also leave within the same year, and this phenomenon is reaching catastrophic levels.

Recently, Panera bread CFO Michael Bufano spoke at a conference where he declared that some restaurants experience staff turnover as high as 130 percent. This jarring number is obviously a major concern among many restaurant professionals, because not only is turnover rising, it’s becoming increasingly expensive.

Part of the problem is that high turnover is considered part and parcel with running a restaurant. Rosemary Batt, chair of HR Studies and International & Comparative Labor at the Cornell School of Industrial Labor Relations, says that since turnover is inevitable, it is deemed acceptable. As a result, its costs were not taken seriously enough. That is now changing as the problem worsens.

The cost of employee turnover is rising. Today, Batt says that half of an employee’s salary during training should be considered a loss. When factoring in the time required to find recruits, interview them, and bring them aboard, brands quickly learn how unsustainable high turnover really is. The National Restaurant Association estimates that turnover now costs roughly $2,000 per employee.

According to the research firm Statista, fast casual restaurants average 15 employees per establishment, and that number rises in full service concepts. At 130 percent turnover, a 100-unit restaurant is replacing almost 2,000 employees per year at $2,000 per person. That’s at least a $4 million problem.

So how do you solve this expensive challenge?

There are two ways to solve restaurant turnover – entice employees to stay, or lessen its financial impact. Most brands opt for the latter because it’s considered more realistic. They create a ‘turnover-proof’ environment where employees are easily replaced in a cost-effective manner. The problem is, this can cause employees feel undervalued because they’re so expendable, which has escalated the problem.

That’s not to say turnover-proofing your restaurants is a bad thing. It just depends on how this strategy is used. The key is to put people into roles where they excel, while leveraging technology in areas where it can execute better than humans. Automating tasks like scheduling, sales forecasting, food prep, ordering, and receiving can benefit brands in a number of areas. Back office automation lessens the need for expensive training when new employees are brought on board and it helps with retention by allowing team members to work in roles that best utilize their skills.

Minneapolis-based Caribou Coffee understands this all too well. With advanced scheduling, it has created an environment where team members are in the best roles, which has improved both the employee and guest experience.

“We have the best people in the best positions for every shift,” says Kim Olson, product manager for BOH systems at Caribou Coffee. “Our CrunchTime labor management solution is a major part of increasing our guest satisfaction scores, because our team members are happier and we’re able to work more efficiently with our team.”

In situations like this, technology helps the brand tackle turnover from multiple angles. Employees are in the right roles, which improves workplace happiness, and tasks are automated, which mitigates the financial impact when turnover takes place. Ultimately, when team members are empowered by technology, restaurants can create a sustainable environment that fights increasing labor challenges.

Want to know more? Visit us to learn how to optimize food and labor costs and maximize profits in all your restaurants.